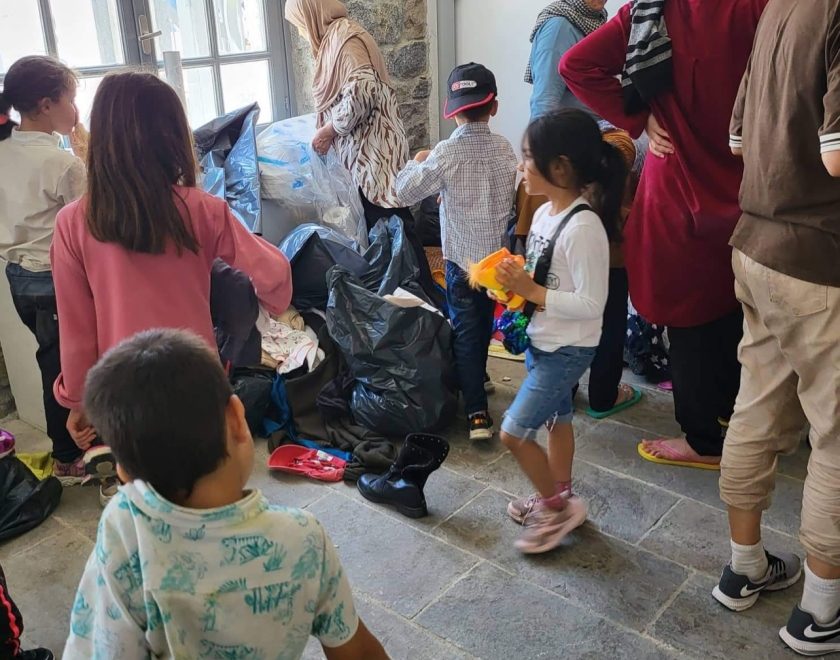 Updates on new facilities for migrants, a new platform for applying for asylum, and disappointing relocation options by other European Union countries were among the topics Migration & Asylum Minister Notis Mitarachi covered during a press conference on Monday.

Specific to facilities, Mitarachi said the new closed and controlled facility on Lesvos island is expected to be inaugurated in February 2023 and that on Chios island in April 2023. In addition, the reception and identification center at the Evros borders with Turkey will be operative within 2022, while the facility in the Eleonas neighborhood of Athens (housing nearly 500 individuals) will shut down permanently “very soon,” as the mayor of Athens has requested its return before the end of the year, he said.

The digital platform “Alkyone II” that will digitize the entire asylum-seeking process will be operative by the end of 2022, the minister said, while efforts will be made as of October to “to add great numbers of application appointments” in order to speed up the process.

For migrants from Bangladesh, there is a bilateral agreement for Greece to receive 4,000 nationals, while another 15,000 already in Greece will be issued five-year residence permits, he noted. In terms of Ukrainians fleeing the war, 75,942 arrived in Greece after Russia’s invasion and 20,135 of them have applied for temporary protection, although some of the total may be returning to specific regions of Ukraine, the minister noted.

Among other issues, Mitarachi said Greece is the only EU country that has allocated 36 million euros from the Recovery Fund for programs to support refugees whose applications for asylum were accepted. He noted however his disappointment over the number of relocation positions offered by fellow EU countries. Specifically, a total 160,000 arrivals were estimated to have taken place in the EU this year, but the number of relocations offered in 2022 were only 1,017. At the same time, he also noted, there is no fundamental progress on the EU’s new migration agreement.

As to the incident with the 38 migrants in Evros, the minister said that he has filed “very important facts” about the true events with the Supreme Court prosecutor’s office. “This whole story was set up in order to pressure the Greek government to open its borders (with Turkey). It is absolutely clear this will not happen under the present government,” he said. [amna]