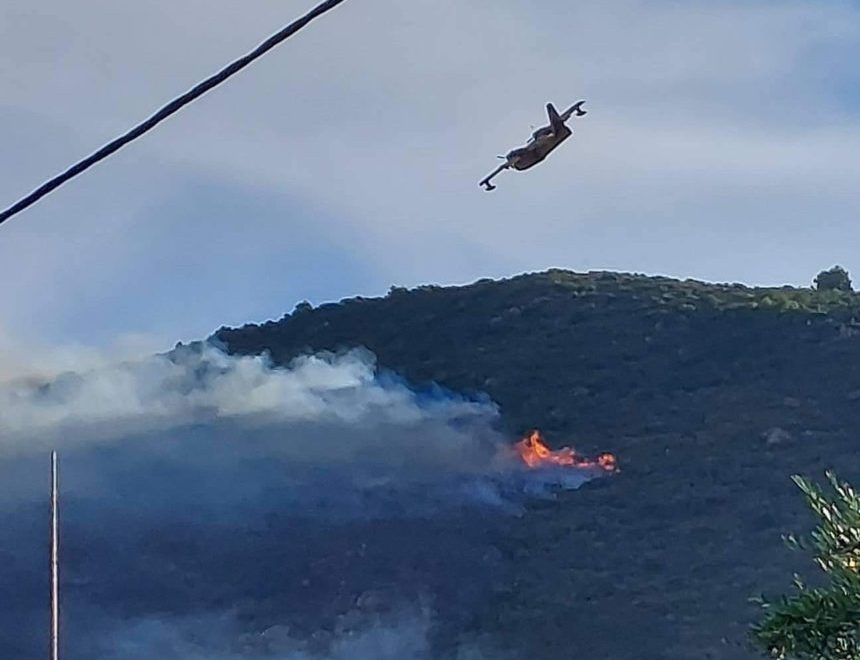 A big forest fire is raging in a difficult to access area on the island of Zakynthos on Monday, with firefighters and aerial means to try to combat the blaze and hinder it from reaching residential area. The fire broke out short after 4 o’ clock in the afternoon and the reason is unknown.

Strong firefighting forces are struggling in the area of Galaros, where the blaze is burning down forest land.

The fire broke out in the forest of Vlaheraina of Galaros and moved in two fronts, one toward Lagkadakia and one to Koiliomeno.

Aerial means that were on the front line of combating the blaze due to difficult to access area, had to halt their operation with the last daylight.

Firefighters are reportedly being deployed on the island in the Ionian Sea.

According to first estimation by the chairwoman of the Galaros community, half of the forest land has been burned down, local media imerazante.gr reported.

Local media ermisnews.gr reported early evening that the blaze has already destroyed a large area of virgin and regenerating forest and is moving far away from populated areas.

According to the latest information, the rough front that was one of the two left is delimited around 7:30 p.m.

However, strong fire fighting forces remain in the area, as the weather conditions are adverse.

Even though October is not considered as the peak of the fire season, a total of 133 forest fires broke out in the last 24 hours, ANT1 TV reported. the Fire Service attributes the large number to the high temperatures of the last few days as well as to the strong winds.