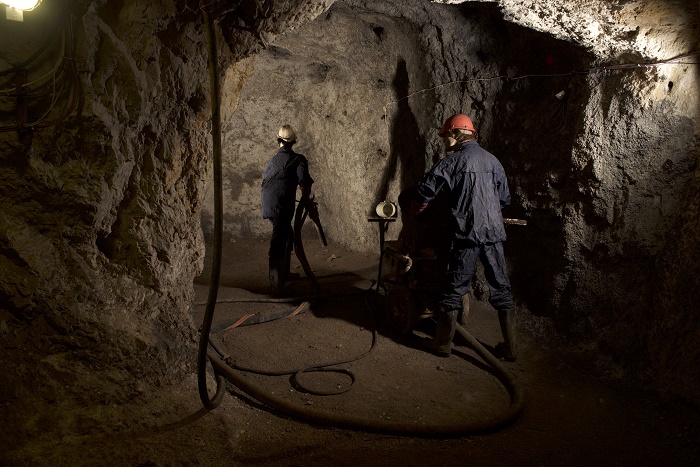 October 5, 2022 Society, Very Mix Comments Off on Fokida: One man killed, three others trapped in bauxite mine cave-in 420 Views

One man was killed and three others were trapped after the cave-in of a tunnel near the central entrance of the bauxite mines of IMERYS near the village Variani, on the 51st km of the road linking Lamia with Amfissa, central Greece, on Wednesday.

The accident occurred in tunnel 617 when, for unknown reasons, a rock became detached and fell on a four-wheel-drive vehicle, about 1 km from the gallery’s entrance.

The man who was killed was identified as a 45-year-old who was in the vehicle in order to inspect the tunnel.

Firefighters, workers and machinery reached the accident site with the aim to remove soil blocking the tunnel and to free the other three men trapped inside.

The rescue operation lasted a few hours and the trapped men were freed and in good health as the commander of the Fire Service of Fokida, Evangelos Tsiorlidas told media.

Tsiorlidas added that “a large rock, under inexplicable circumstances, fell and crushed an IMERYS 4X4 driven by the 40-year-old engineer who was crushed at a distance of one kilometer from the entrance of the tunnel.”

Workers in the same gallery reportedly call it “Camora”, because 19 years ago in 2003 there was another collapse and workers were killed.

According to cnngreece.gr, the Bauxite Mine Company in Fokida said in a statement Wednesday afternoon that it suspends its activities until further notice, after the tragic accident that claimed the life of a worker.

“The company has decided to suspend its activities until further notice and our attention is focused on the causes of the accident in full cooperation with the authorities,” the company statement said.

It expressed its condolences to the family of the deceased and assured that it will provide them with the maximum possible support in these very difficult times.