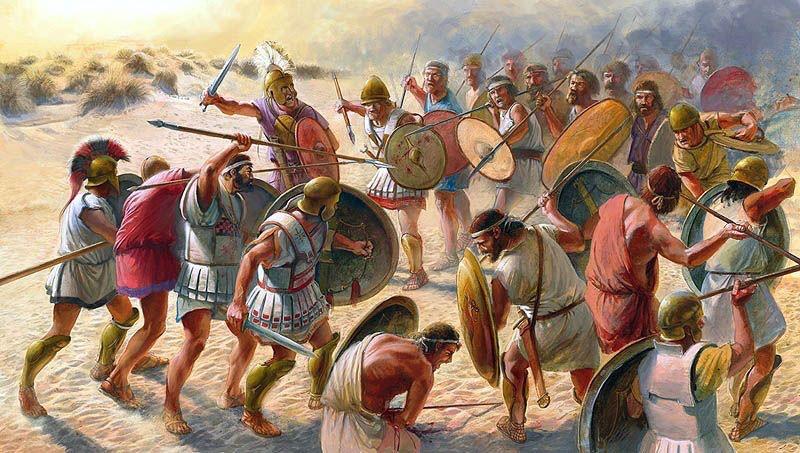 Wars and mercenaries played an important role in the large-scale movement of people in the classical ancient Greek world of the Mediterranean. That’s what an international interdisciplinary team of geneticists and other scientists who analyzed the ancient DNA of people from the Greek colonies in Sicily has found.

Led by distinguished researcher David Reich of Harvard Medical School, a team of researchers made the relevant publication in the journal of the US National Academy of Sciences (PNAS). Greek scientists also participated in the study, included Reich’s co-worker Joseph Lazaridis and Professor Ioannis Stamatogiannopoulos of the University of Washington.

The scientists analyzed the genomes of 54 human skeletons found, some with their weapons, in mass graves in and around the necropolises of Himera.

Among them were soldiers of the 5th BC. century aged 18-50 who had fought in the army of the Greek northern Sicilian colony of Himera (in the victorious for the Greeks decisive battle of 480 BC against the Carthaginians and their local allies), as well as civilian residents of the area and nearby settlements with native populations. Also, for comparison purposes, the genomes of 96 modern humans from Italy, mainland Greece and Crete were analyzed.

The analysis revealed the significant presence at the Battle of Hmera of mercenaries from northern and central Europe (even from the eastern Baltic near present-day Lithuania), the Steppes and the Caucasus, who fought on behalf of the Greeks and likely helped tip the tide. of the battle in favor of the latter. 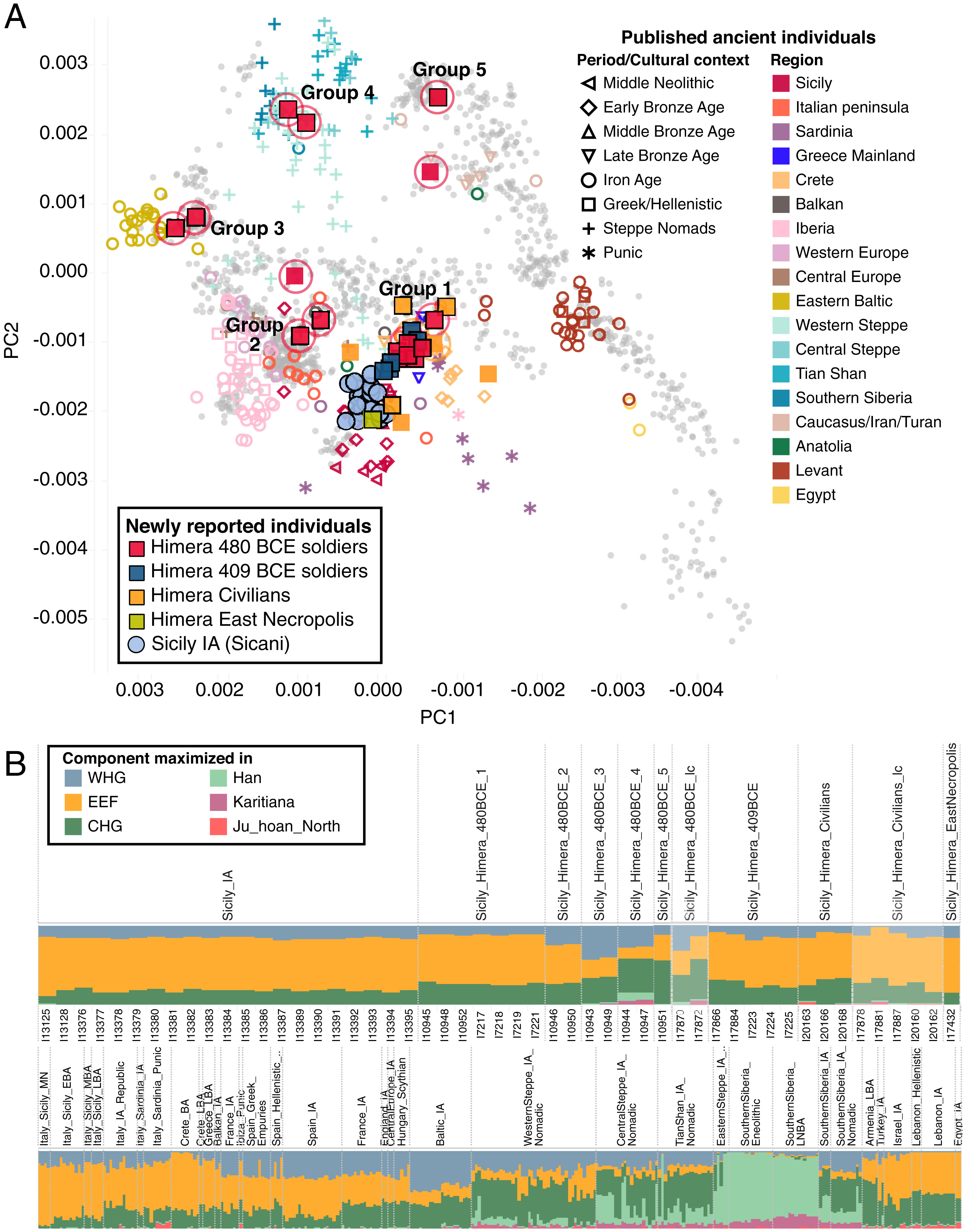 Scientists emphasized that reports of the presence of such distant mercenaries as early as the beginning of the 5th century BC. are absent in historical texts and the issue has been so far underestimated by historians and archaeologists.

That is why, they pointed out,,the need for the archaeological-historical research concerning the ancient Greek world to be gradually supplemented with more and more paleogenetic studies, as ancient DNA can shed new light on the past.

The researchers concluded that armed conflicts functioned as an important mechanism of contact between very different cultures, facilitating osmosis between them and their assimilation into the ancient Greek world.

The researchers emphasized that “mercenaries were among the most far-reaching travelers of the Greek world (perhaps rivaled only by slaves in this), bringing people of very different cultural and genetic backgrounds face to face.”

They added that “in addition to the Greek colonists and the native peoples they encountered there, the mercenaries were part of the exchange of culture, ideas, and possibly genes that took place in the Greek cities of the first millennium BC. and in some cases they may have played an important role in securing Greek military victories.”

The researchers noted that the findings come to complement the picture that existed until now from the archaeological and historical evidence, supporting the idea that the mercenaries in the Greek armies of the classical period were an instrument of cultural change and a means of gene transfer in the wider Mediterranean area.

Although the wars are usually seen as a divisive force, in fact – according to the researchers – they were an additional catalyst of demographic change and cross-cultural contact, alongside trade and colonization migrations from mainland Greece to other places such as southern Italy and Sicily.

Himera  or Imera in Greek was a large and important ancient Greek city, situated on the north coast of Sicily at the mouth of the river of the same name (the modern Imera Settentrionale), between Panormus (modern Palermo) and Cephaloedium (modern Cefalù) in the comune of Termini Imerese. 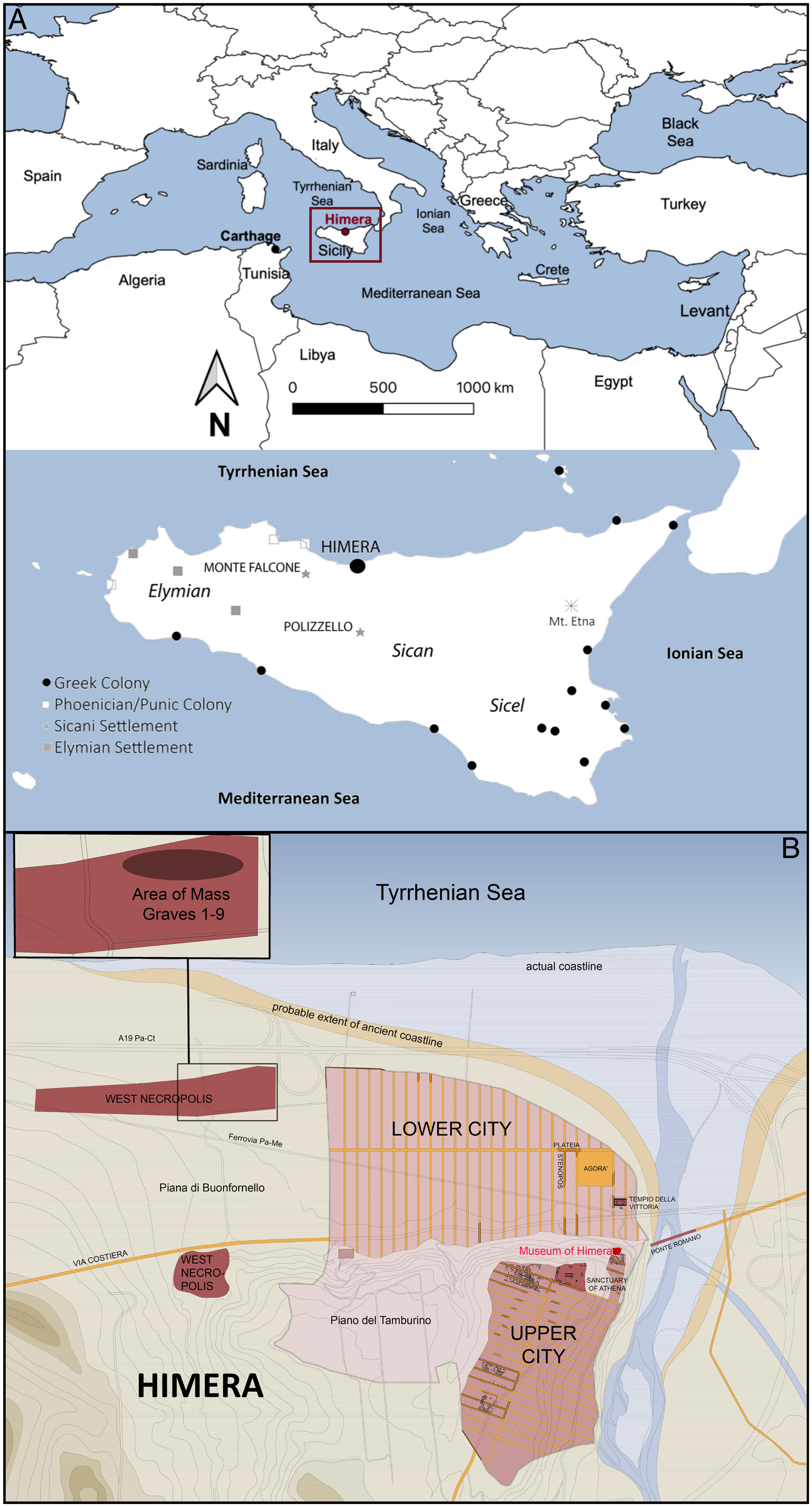 The colony was founded by Ionians and Dorians around 648 BC. and it was probably also inhabited by native Sicilans, Etruscans, etc. It was the westernmost Greek settlement in Northern Sicily and the site of two important battles (480 and 409 BC) between Greeks and Carthaginians.

In the second battle, which Imera fought without allies, the Carthaginians prevailed, destroying the city.

The new study confirmed that the dead warriors of 409 BC. they all had very similar DNA and there was no evidence of mercenaries – which probably played a role in the defeat of the Greek colony.