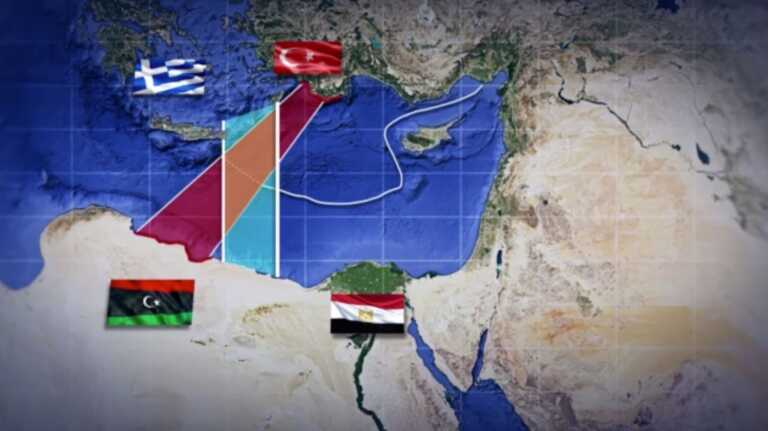 Greece considers to expand its territorial waters to 12 n.m. south of Crete

Greece is seriously considering to expand its territorial waters to 12 nautical miles south of Crete, media report on Monday afternoon. The possibility has been on the table at the Foreign Ministry and it cannot be ruled out that the plan will be implemented soon if necessary, journalists report.

Key point of the extension of territorial waters south of Crete is the meeting between Greek Foreing Minister Nikos Dendias with his Egyptian counterpart Sameh Hassan Al-Shoukryin Cairo on Sunday where they reportedly seriously discussed the delimitation of a “partial Exclusive Economic Zone.”

The Greek option comes after Turkey signed an agreement with the government in Tripolis and announced to proceed to hydrocarbon exploitation not only in the sea area of the illegal memorandum between Turkey and Libya that ignores the existence of Greek islands of Crete, Karpathos and Rhodes.

Picture via LiveNews/MegaTV: Marked red is the corridor of the illegal Turkey-Libya memorandum

Turkey has also said that the hydrocarbon search will take place also in international waters.

The extension of territorial waters is the “new weapon” of Greece against Turkey’s aggressiveness, media report.

“Egypt currently has an issue regarding the east of Crete,” the journalist said.

Citing government sources, Live News magazine on Mega TV reported that “things with Turkey are not simple at all”, while FM Dendias stated in every occasion that “we will use every available means to defend our sovereign rights.”

Regarding whether Greece’s allies will be informed on the extension, the government sources replied that there is no reason as it is a unilateral action by the country and when the presidential decrees are ready they will be submitted directly to the United Nations.

According to newspaper tanea, Athens must proceed immediately with the extension to 12 nautical miles and then turn to the International Court of Justice in The Hague.

Such a move is, of course, not without a risk and divides those involved in the issue. Some diplomats consider it as “imperative” and others as “too risky,”

It should be recalled that the issue was discussed already in 2020, even before the extension of territorial waters in the Ionian Sea was not completed yet.

In his speech in Parliament, on January 19, 2021, FM Dendias had revealed that the studies for the extension of territorial waters to the south of Crete had already begun, underlining that the planning “of course, it also includes the eastern part of Crete.”

The extension was never abandoned, even though Athens has not dared to implemented so far in the Eastern Mediterranean Sea.

The process has not been frozen, however, when it will proceed is a purely political decision, competent sources told daily  tanea and other Greek media.