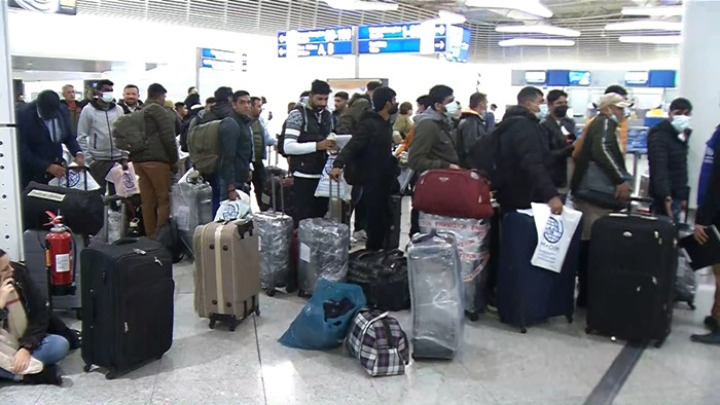 Eighty-six Pakistani nationals returned to their home country voluntarily on Tuesday, boarding a flight chartered by the International Organization for Migration (IOM).

The migrants’ return was organized in the framework of the Assisted Voluntary Return (AVR) program, in cooperation with the Greek Migration & Asylum Ministry’s Asylum Service and the Hellenic Police.

The project is 75% financed by the European Commission’s Asylum, Migration & Integration Fund (AMIF), and 25% by Greek state funds.

At least 9,020 foreign nationals have safely returned to their home countries from Greece since the project was launched in September 2019, a ministry statement said.