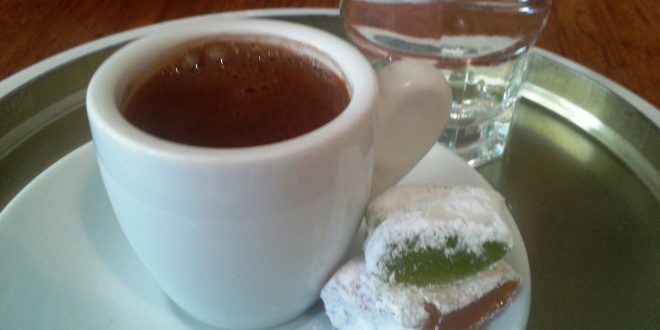 The official Turkey trolls Greece with a video on a self-proclaimed “World Turkish Coffee Day” and its the same time it shows how obsessed is with its neighbor and how deep is its cultural inferiority complex.

In its video, the official Directorate of Communication of the Turkish Republic celebrates the “Turkish coffee” with a …Greek speaker and English subtitles.

“We enjoy the Turkish Coffee that our ancient civilization offers to the whole world, mixing it with the wisdom of Anatolia and roasting it in the pot of the heart, knowing that we will remember it for a lifetime. Today, December 5th, we celebrate World Turkish Coffee Day,” the Directorate writes on a post on Twitter.

The post is accompanied by a nearly two-minute video that presents its history.

The Greek speaker claims that in 1543 [while the subtitles say 1453 – note: date of Fall of Constantinople], Ozdemir Pasha “brought coffee from Yemen to Istanbul…” and that since then it has spread throughout Europe as a Turkish drink.

Notice that the guy on the video looks like a man form Crete? lol

Greeks got to know the Arabian coffee during the occupation by the Ottoman Empire.

Worth noting that also Greeks used to call it “Turkish coffee” until the invasion of Cyprus in 1974, when it became “Greek coffee.”

It is recalled that coffee does not grow neither in Turkey nor in Greece.

BTW: if you want to make the perfect Greek coffee and its secrets check here.