The resignation of the chairman of  Greek Food Control Authority (EFET) just days after the detection of bacterium E.Coli  in meat products of German chain LIDL has been met with great suspicion and reservation. A Greek lawmaker  made a statement requesting some light in the dark German E.Coli paths and claimed a Greek political scandal. The party of  Eco-Greens questioned a possible link between the EFET president’s resignation and the LIDL-E.Coli. EFET’s president Giorgos Nychas resigned just days after he ordered the withdrawal of meat products distributed by the LIDL chain in Northern Greece.  His resignation came unexpected and was due to ‘personal reasons’ – so Nychas to Greek economic news portal Capital.gr. He was replaced by Yiannis Michas, former PASOK prefect of Piraeus. 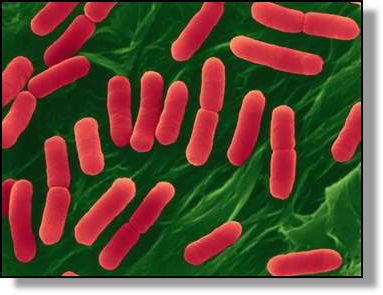 Some mean left-wing party lawmakers may have expressed concern about the health of Greek consumers,  but can you imagine that after ALDI, another German giant like LIDL, would abandon Greece just for a couple of dirty little E.Coli? You can’t undermine cheap chain investestments, can you? No, you can’t esepcially in times when some citizens cannot even afford to buy the cheapest  yellow cheese.

“﻿The case of detection of bacterium E.Coli in products of Lidl in Northern Greece is growing as the president of the Greek food authority (EFET) Giorgos Nychas resigned, a few days after he asked the withdrawal of certain products of the German chain, at a time of a serious E.Coli outbreak in Europe.

G.Nychas said that the strain found in Lidl products was not the same that was found in other European countries, but it is equally dangerous. Lidl Hellas announced that it proceeded with investigations but no E.Coli bacteria (STEC/VTEC) Ο157:H7 were found, citing the findings of a doctor of microbiology at Athens University.

Subsequently, the resignation of G.Nychas from the position of president of EFET was announced, that was interpreted to be related to the E.Coli issue. However, Giorgos Nychas told Capital.gr that the resignation is not related to this issue, but due to personal reasons.

But, his resignation provoked controversy and was subject to political positions, with SYRIZA MEP Nikos Chountis stating that the European E.Coli scandal and the scandal of German giant Lidl is turning to political scandal in Greece.

“Such a case created tremendous concern for the health of the Greek people and its “protection” by the responsible authorities”, Chountis said in a statement, adding that the (former) president of EFET did his duty and informed the Greek people of his findings (source: Capital.gr )

Meanwhile, even the new president of EFET, Michas, issued the withdrawal of 725 kg of beef  that came from slaughterhouse “Group Bigard’ in France. The beef was found to contain  Escherichia coli strain 0157:H7. The beef was delivered to two companies in Thessaliniki, one in Sternes, Acrotiri in Chania (Crete) and one in Triklino in Corfu. The early warning came from Belgium so the E.Coli-beef didn’t reach the plates of Greek consumers.