Greek Police set up an emergency phone line in an effort to find evidence from the citizens – and tourists – on the assault case of a 15-year-old teenager on the island of Paros, Cyclades.  The girl was found unconscious, half-naked and brutally beaten all over the body and a big face injury.

According to Greek police announcement

On that day, the victim was at the beach with her mother and sister. I remember to have heard on TV, the girl had left her family for a walk and the mother started worrying when she could not trace her on her mobile.  The mother mobilized the beach life-guard and the girl was found at approximately 9 p.m. on the same day. It was first taken to local hospital but then transferred with a Super-Puma helicopter to Athens due to the seriousness of her wounds. She underwent a surgery but has not recovered yet to give testimony. Her condition is critical but stable, according to doctors of Attikon Hospital.

First scenarios spoke about the possibility of an accident, as the teenager’s body was laying on a rocky part of the beach.

““When I found her, her face was covered with a blood mask,” the mother told reporters on following day.

While the police was stepping in the dark, forensics revealed that male DNA was found on the cloths and the body of the teenager.

Now the police seems sure the girl was victim of an assault attack by some “maniac molester” (Greek media). According to forensics report, the bruises on the girl’s body were not caused entirely by a fall off the rocks. 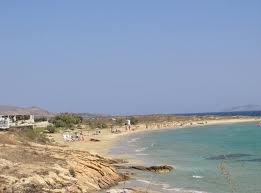 The teenagers’ parents are desperately looking for eye-witnesses in the hope the police will capture and punish the coward culprit.

Greek police set up an emergency 24/7 phone line “ 201-64 111 11 ” and asks the citizens’ help. Any information on the case can be given under conditions of anonymity and protection of  confidentiality.

Due to the brutality of the case, police does not exclude the assaulter may attack other girls and women.