Overthrow of Labor Rights: 5-Days Week to be Abolished by Troika’s Demand

While Greek government tries to save the country, the citizens are pushed into even greater misery. Incomes decrease, salaries, pensions and wages are cut, recession and unemployment blooming. Now an e-mail sent by the Troika to Ministries of Finance and Labor reminds the Greek government of some of its obligations that Samaras government seems to have pretended that they were not there. Too much worried about uncontrolled reactions by trade unions.

Troika’s e-mail puts on the table a new overthrow of labor relations and rights. The e-mail arrived on Friday, just days before the Troika representatives return to Athens and is a further step into reaching the much-anticipated labour level: turning Greece into a third-world branch within the boundaries of the European Union. It paves the way for a violent overthrow of labor rights.

According to daily “Imerisia“, the Troika demands:

“”Reducing the high cost of entry and exit of workers from the labor market” (ie employees’ compensations due to lay-off or retirement) and “increasing the flexibility of work programs (ie disconnection of working hours of employees from the opening hours of businesses, arrangements between employers and employees on daily basis).

In simple language “greater flexibility in working hours of employees” translates into:

The Troika’s efforts and demands to abolishing labour rights are no new. They are part of Greece’s lenders’ “great vision of boosting competitiveness.”

The first overthrown of labor rights occurred with the first bailout agreement of 2010, the second last February, short before the second bailout, when the minimum salaries decreased by 22% and 32%.

To the grim-coloured canvas of labor rights, most probably the cut of unemployment allowances for seasonal workers in tourism, hotels, construction would be added. Much is said about it when it comes to 11.5-billion-euro austerity package, however as nothing has been officially announced yet, I have refrained from posting about it so far. 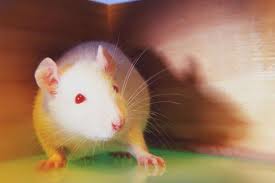 Sadly enough, every Greek government has complied without objection with any Troika demands, when it came to abolish labor rights and decrease of minimum salaries, replacing money with a bag of peanuts.

Every Greek government and politician and member of the Parliament accepted and voted for such measures. It’s not their money. It’s not money and rights they have to cope with. It’s money and rights that affect the private sector. Not their friends in the public administration.

They can take 10,000 measures, decrease salaries down to 100 euro per month and have people work 24/7. The taboo of “slavery” has been broken anyway in our modern language use, Monaterists see ‘competitiveness only in abolishing labor laws.

Without plans for growth and development, “competitiveness” will remain the attractive title on empty desks of non-elected EU officials.

Unless that’s the conspiracy: Bring down Greeks’ salaries, then have multinationals and joint ventures of our friends to invest in Greece and make profit by paying one banana to the working monkeys, 50 cents to social insurance funds and health care.

PS I’m waiting for the day, when multinational insurance companies will start offering “attractive” packages for private healthcare and pension to Greeks, who will be obliged to sign them as they will receive zero health care and zero pension-euro from the state.