I think, I’m at the verge of a laugh attack today. Laugh is the cheapest and best remedy against depression – or insanity -, I hear. After the horrifying news that more than 6 out of 10 Greek youth have no job, the total terror comes from the lips of finance minister Yiannis Stournaras: “economic recovery will start by end of 2014,” he said, he believed adding that unemployment decrease will not come immediately with recovery.

Speaking to state broadcaster NET TV short before the release of unemployment data, Stournaras demonstrated a mysterious outbreak of optimism.

“I believe Greece’s economy will begin to recover starting next year, with the country΄s massive unemployment rate starting to fall from the end of 2014 onwards,” Stournaras said.

He explained the unexplained reassuring  that “the government΄s aim was to achieve a primary surplus — a surplus without taking into account interest payments on outstanding debt — by the end of this year,” and that this extraordinary achievements “would allow the country to ask its international creditors for some further debt relief.”

“Stournaras expressed the hope that the country will be able to return to markets at the end of next year and pay an interest rate of below 6 percent for its 10-year bonds, as both Ireland and Portugal, another two bailed-out countries, have done recently. Currently, the yield on Greece’s 10-year bonds is just below 10 percent — far lower than the 30 percent it reached last June, but still too high for a return to markets now.

“I see recovery from 2014 onwards,” Stournaras said. “The climate has already turned. At the moment the international community sees that Greece is being saved, that it remains in the euro.”

The minister said unemployment would take longer to start falling but that improvements should be visible by the end of next year.

“The reduction of unemployment doesn’t immediately follow recovery,” he said.

Stournaras also reiterated a promise to austerity-weary Greeks that, if all goes to plan, they would not have to endure any new cuts.

No  Yiannis Stournaras did not mention that a further debt relief might end up with a new loan agreement (Memorandum of Understanding) with new austerity measures. Neither did he mention that the Cyprus-model of “bank deposits haircut” might apply this time in Greece as well.

As expected Stournaras  did not give one single advice to the 1,320,186 jobless on how they will come along and survive for the period of one and a half year from now – just in case Stournaras’ belief comes true and  materialize. 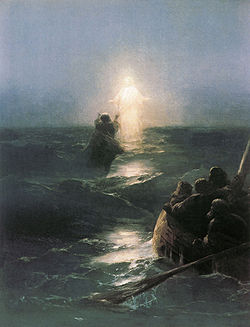 I could take the time and compare Stournaras’ predictions with the forecasts of International Monetary Fund for Greece, forecasts that are being revised year by year. Unfortunately I have no time. I’m just too busy to cheer the upcoming economic recovery.

“Greece is saved, the citizens are drown”- but we’ve said this many times before.

PS “Belief” and “hope” do not lead any finance minister further, I believe 🙂

We will all be released – some day, I hope 🙂