For one more time I asked myself the same question: why are cicadas considered to be lazy?. The truth is that hundreds, most likely thousands cicadas start their work at 6 o’clock in the morning. Shortly after the dawn. They continue their song all thought the day until late after midnight.  In these hot August days. On a Greek island of the Argosaronic Gulf. full of pine trees. 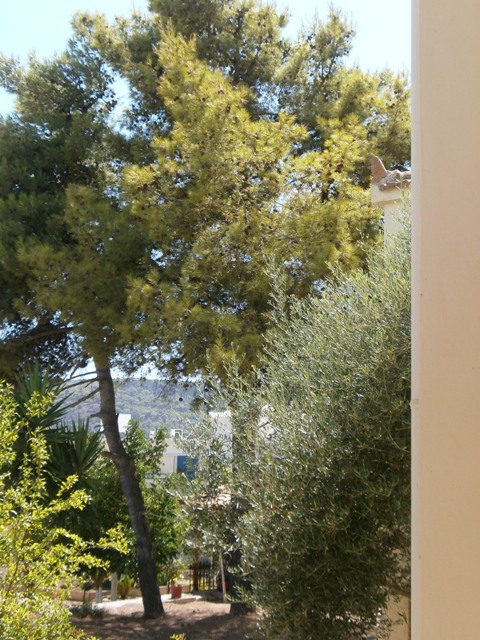 Male cicadas sing their monotonous matting song all through the day and till late after midnight. There must be a night sleep break, which I miss. But certainly there is a very short ‘coffee break’ in the afternoon. Somewhere between four and five o’ clock. There is always a break. For no more than  five seconds. Silence. Absolute quiet in the garden. Absolute silence. Nada. Only in the background there are the other thousands of cicadas singing  living in neighboring  yards and  gardens or in the forest of pine trees. 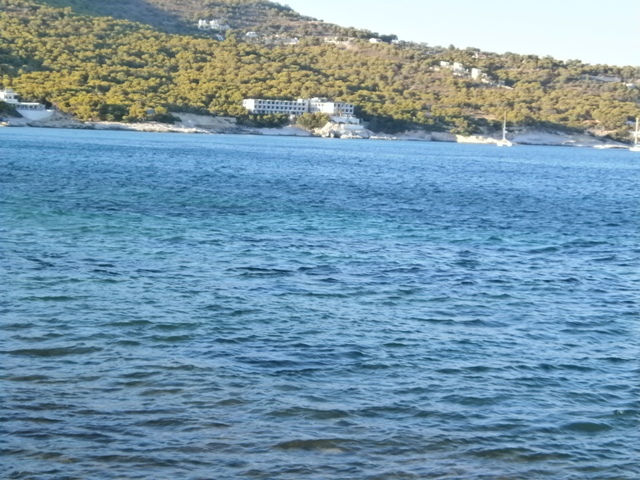 But here in our garden, for five wonderful seconds… the absolute silence. A black hole that has absorbed all sounds. Then suddenly a loud  …DZICK  with an exclamation mark! Pause. And a second DZICK with a question-mark at the end. 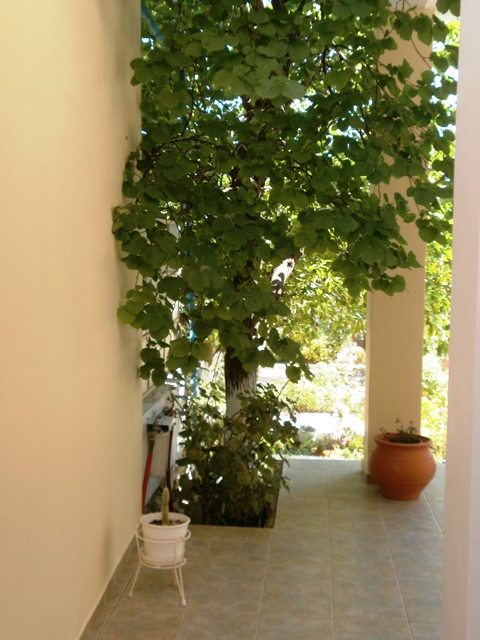 This DZICK is determined and certainly an order. With one voice hundreds if not thousands cicadas hanging on juice pine and olive trees,  herbs bushes and vines plants start their monotonous song again , the music ensemble of nature, a big band for string instruments, a giant chorus of male insects trying to mate.. 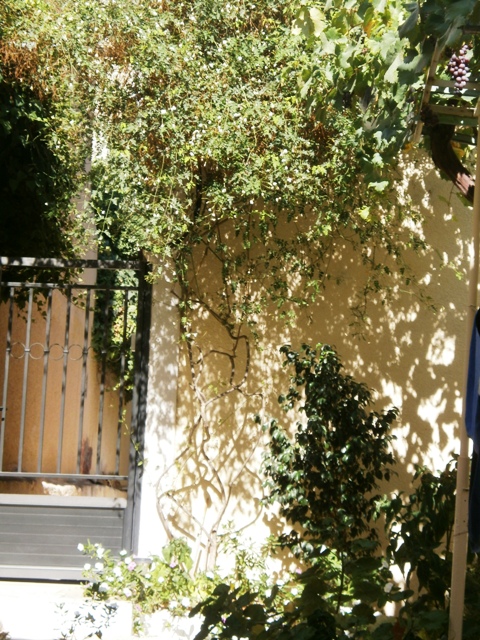 I assume the little fellow giving the order is hiding somewhere among the branches of the olive or  the pine tree, perhaps in the foliage of  lemon or apricot tree. Or he is hanging around on the 55–year-old stem of the vine plant. He is certainly the leader. The director of this huge orchestra of  single male cicadas. He gives the signal to stop and start. Until late after midnight. All thought these hot August days. 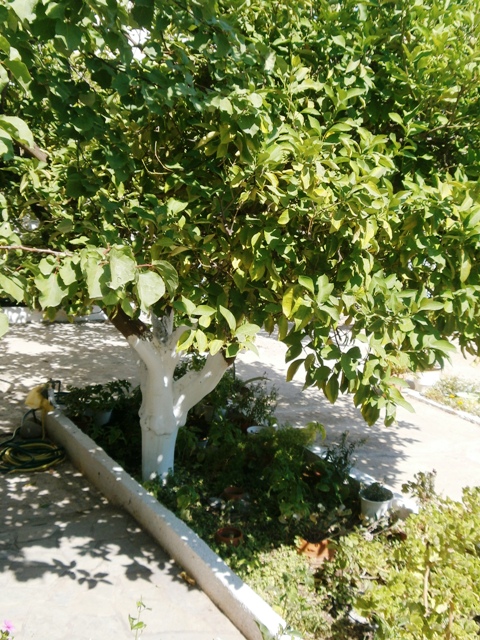 I ask myself the same question every time I come to this beautiful island of  Aegina, the village of Agia Marina, with its awesome pine tree forest. why are cicadas consider to be lazy?

Is it because of the famous antique Aesop fables, in which the cicada spends the summer singing while the ant stores away food, and finds himself without food when the weather turns bitter? 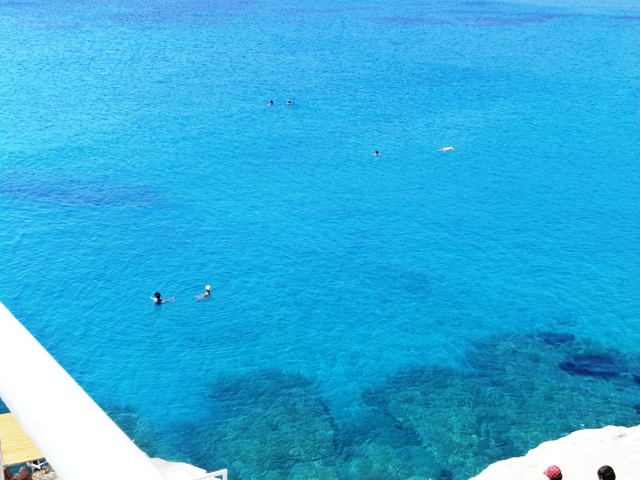 Truth is that the cicadas survived the Antique and thousands of bitter winters. And so they will do in the future and the centuries to come.

And so Greeks will survive the Troika, and the bitter winters of hardships and austerity. 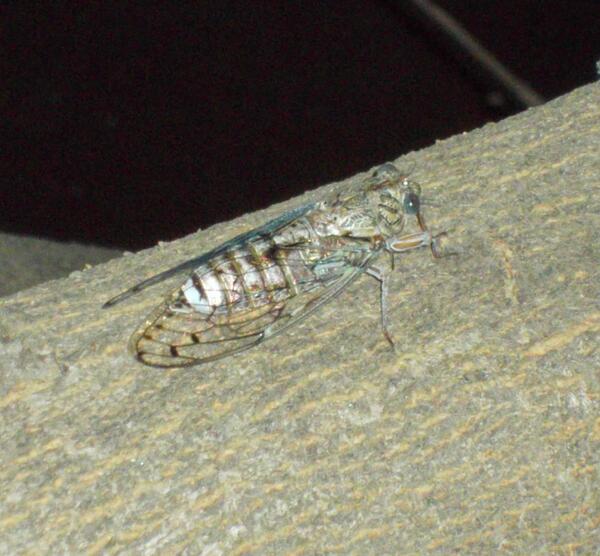 Original Cicada on a Greek tree: picture sent to KTG by @athensliving

With a little song and a daily swim, with good food and a drink everything goes by much better 🙂 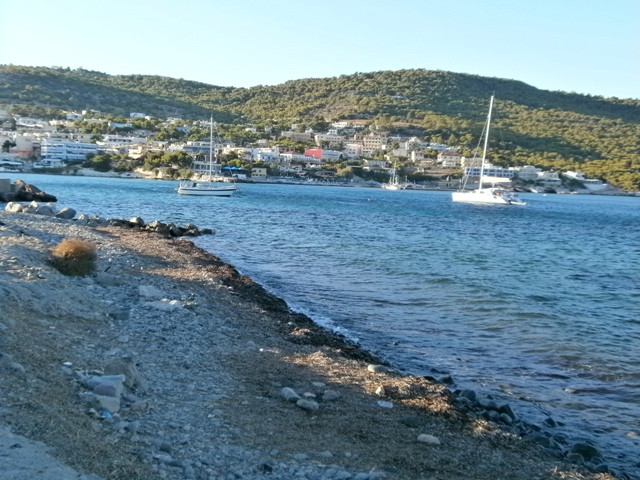