Crete: 17-month old migrant baby girl survives 4 days in the sea in the arms of rescuer, 19

It sounds unbelievable. A 17-month old baby girl survived four days among the waves of the Mediterranean Sea after the boat carrying her parents and several hundreds migrants from Syria sank between Crete and Malta. The testimony of her rescuer Doa Al Zamel, 19, is creepy.

Nearly 500 migrants form Syria found themselves suddenly in the water, when the boat they were on was rammed by another vessel, Greek media report.

Doa Al Zamel was lucky to grab a life jacket before jumping in the water. She saw her compatriots drowning one after the other and a woman holding a baby, little Ayse. 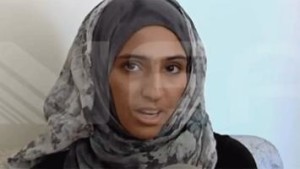 Short before the mother felt she could not carry the baby anymore, she asked Doa to take the little girl and try to save it.

According to Greek media, Doa told the doctors that the promise she gave to the mother gave her courage to fight with the waves for both of them.

With the baby girl in her arms, Doa spent four days and three nights in the water. The young woman with the baby girl and four other migrants were rescued by a merchant ship in an international search and rescue operation.

A Super Puma of the Greek Air Force transferred them to the university hospital of Herakleio, Crete, where they were treated for hypothermia and dehydration.

The news thrilled the local society and hundreds of people called at the hospital offering to adopt baby girl Ayse.

There are reports that the hospital received also a phone call by someone who claimed to be her relative.

The boat sank on September 12th 2014 in the international waters between Crete and Malta. Only 6 people were rescued.