I have been wondering whether the new Troika which is a Quartet should be called “The Creditors’ Quartet” or “The Troika Four” or just “Greece’s creditors”. The new combo of representatives from European Commission, International Monetary Fund, European Central Bank and European Stability Mechanism definitely news a new short description, but this is not the matter. The issue is that the creditors’ “technical teams” started to work at 10 am Tuesday and entered Greece’s State General Accounting Office building right away.

The one dozen of men and women from the “technical teams” arrived with two small vans. The 12 reportedly hided their faces with files and other items they were holding when they exited the Hilton Hotel to get into the cars. 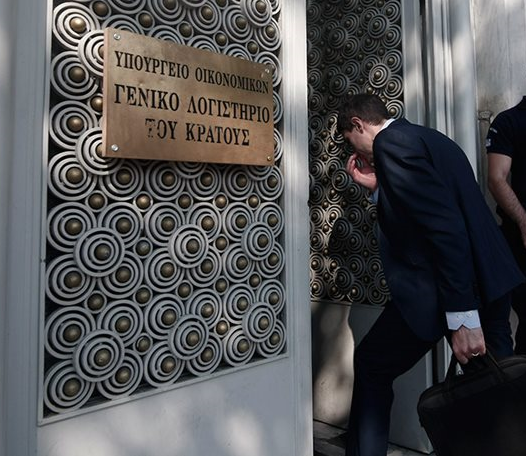 Upon arrival, they started to check the facts and the status quo of the Greek economy, the banks and the state budget. Furthermore they are expected to focus on pension and labor issues. The technical teams are going to fix the policies that Greece has to implement for the next three years in order to receive the loan of 84 billion euro.

The era of the 3. bailout program for Greece has just been launched. The agreement is expected to conclude by August 15th “otherwise, we are dead,” a government source told the media.

According to Finance Minister Euclid Tsakalotos, “some creditors wanted also a third set of ‘prior actions’, but this is not going to happen.”

But creditors insist on that. “More reforms are expected as part of the statement from the Greek authorities to allow for a swift disbursement of the European Stability Mechanism and also this is what is being discussed right now,” EC spokeswoman Mina Andreeva said on Monday

According to Proto Thema, an additional set of ‘prior actions’ might be necessary, before Greece receives €9 billion disbursement that has to arrive so soon as possible so that Athens will be able to meet obligations of €5 billion for creditors abroad and €4 billion payments in the country.

The third set of ‘prior actions’ would include: scrapping of early retirement, taxation for farmers, taxation hikes for income from rents, radical changes in the payroll of civil servants.

Reading here and there one gets the impression that creditors are determined to demand from Greece all possible and impossible sorts and kinds of austerity – whether in public or private sector. All kinds of austerity measures even unprecedented and never implemented before. They will even demand to scrap laborers’ right to strike. Because, slaves have no right to protest and strike? Most probably.

Therefore, the 12 ‘technical’ men and women and the rest of 54 in total sub-teams, working teams and the army of legionaries currently in Athens are fully right to cover their faces and avoid journalists’ cameras.

Despite the 250-men strong police force safeguarding them, a low-pensioner may go nuts due to the new cuts and the heat wave, come dangerously close to the technical teams and spit his dry saliva right into their faces.