The “Hellenic Company for Assets and Participation” (EDIS) is the name for the new  Privatization Super-Fund that will claim ownership of all assets of the Greek state including 70,000 real estate properties, all major state-run enterprises like utility companies (electricity, water) and public transport (buses, metro etc), state shares in banks and the assets currently in the old/current Privatization Fund (Hellenic Republic Assets Development Fund/HRADF).

According to the multi-bill submitted to the Parliament, the first group of state-run enterprises to be transferred to HCAP are:

The first 3 will be transferred to the new Privatization Fund when it goes in operation in autumn, the rest at a later stage as the government is still in negotiations about them with the creditors.

Trying to make the bitter pill sweet, the government said that the aim of the Privatization Fund is not only to privatize Greece’s assets but also to restructure the state-run enterprises.

“The HCAP may target to reduce the operating costs or the increase of revenues of the above mentioned enterprises, while any form of aid provided by the Greek State  to them or their subsidiaries, will be in line with the legislation on state aid other than the stated case” (source)

*reduce the operating costs or the increase of revenues = lay-offs and lay-offs, sell of companies assets, sell of shares held by the state

Two representatives from the European Stability Mechanism will sit at the Supervisory Board together with three “Greeks” appointed by the Greek government. One of the ESM members will also be the President of the board. Each side has to approve the appointments of the other side.

Decisions will be taken with the consent of 4 members of the board. Four of Five makes no difference as the consent of at least one EMS-representatives will be required at any case.

The new Privatization Fund is the fulfillment of last year’s dream of German Finance Minister Wolfgang Schaeuble who wanted €50 billion of “valuable” Greek government assets to be placed in a special fund. He also wanted the Fund to have its headquarters in Luxembourg and to be managed by the Institute for Growth, a Luxembourg entity partly controlled by the German Finance Ministry.

It was a small victory for Prime Minister Alexis Tsipras to push through his position to have the HQ in Athens. The only tiny victory in summer 2015…

Aim of the fund is to contribute to the reduction of the public debt.  Sole shareholder is the Greek State that is expected to contribute also 40 million euro to the stock capital.

50% of the sales revenues will go to creditors and 50% to Greece. In contrast: 90% of revenues for privatizations done by the HRADF were going to Greece’s lenders.

The super-fund will have a lifespan of at least 99 years – that is that when it has successfully concludeδ its mission and has sold all assets and nothing will be left on Greek soil, we will not be around  to applaud.

KTG-blog, its administrator and its readers, Schaeuble, Dijsselbloem, Lagarde & Co, we will all be long dead and buried and 5 feet under, “ashes to ashes and funk to funky” and our bones will be dissolved in dust to dust  – except for the Hellenic Company of Assets and Participation” that will stand there with no assets. 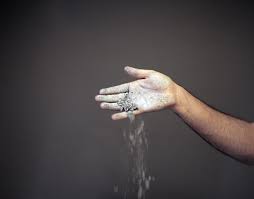 PS I assume, Schaeuble thought he would grow to be 172 years old or something and made his plans accordingly. What a human vanity!