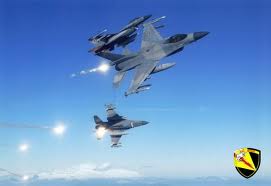 Greece to upgrade F-16 jets, has no plans to purchase F-35 for now

Speaking to Skai TV,  Vitsas said that one stealth costs 100 million euros. “Multiply the total cost on 5 also for maintenance, infrastructure etc…Do we have the ability to do such things? When can we purchase such new fighters? In 2025.”

The issue of a possible purchase of F-35  stealth fighters came up in Greece after it became known that Turkey ordered a batch of F-35.

The deputy Defense Minister stressed that there is a program to upgrade the existing F-16 fighter jets and other weapon systems of the Armed Forces. The annual budget for the upgrading is at 475 million euros over the depth of a decade.

Stressing that the upgrading of the fleet was necessary, Vitsas said that a relevant request has been sent to the US Administration, the reply is expected around the end of spring.

“There is a need, there is a possible threat against Greece, I do not want to dramatize things, but there is, therefore, you need shield the defense,” the minister said with reference to Turkey.

On Thursday, Defense Minister Panos Kammenos told the Parliament that the the government was considering the upgrading of the F-16 but also the Russian S-300 surface-to-air missiles.

Kammenos admitted that on 07. Feb 2017 the Procurement Department of the ministry had forwarded a request about the price and availability for the possible purchase of twenty F-35.  The request was in the framework of  exploration, the Parliament will decide about any purchase, Kammenos said. He stressed that expenses for the military remain at 2 percent. The Minister said that the upgrade of F-16 and the S-300 were due since 2013.

Vitsas distanced himself from media reports a day earlier according to which there was a high possibility for a “heated incident with Turkey” in the territorial waters of Cyprus in June 2017, when French energy company TOTAL will conduct exploration in the area. Greek media were citing “expert’s estimation” by sources at the Greek Defense Ministry.

Cyprus government spokesman Nikos Christodoulidis reacted to the Greek claims saying that the “Hot incident” predicted by Greeks was false.

“There is no information on upcoming hot incident in Cyprus … I stick with the statement of the Cypriot government spokesman,” Vitsas said.