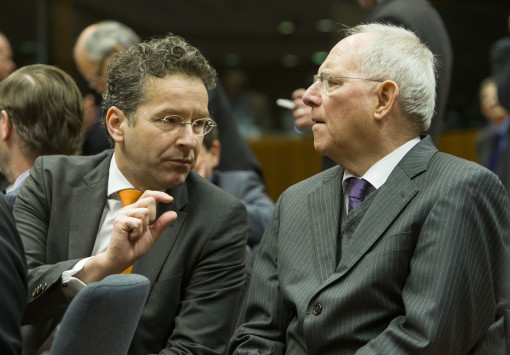 Greek Economics Minister Dimitris Papadimitriou has accused German Finance Minister Wolfgang Schaeuble of being “dishonest” by blocking debt relief for Greece despite his acknowledgement that Athens has implemented significant reforms.

Papadimitriou told German newspaper Die Welt in an interview published on Thursday that Schaeuble first had acknowledged that Greece had met the requirements, but then changed his mind.

“I haven’t met Schaeuble yet and I don’t want to be impolite, but his behavior seems dishonest to me,” he added.

Papadimitriou said German resistance to debt relief for Greece raised questions about the very idea and structure of the euro zone. The success of right-wing populists in Europe also showed dissatisfaction with such European structures, he said.

“Greece is being made a sacrificial lamb,” he said.

Papadimitriou also warned Schaeuble against making decisions based purely on domestic politics, noting that Germany had also received debt relief when it was rebuilding after World War Two.

Debt relief is needed to help Greece expand its economy, he said, noting that Athens was not asking for a debt cut, but rather lower interest rates or longer repayment schedules.

“Greece has fulfilled its commitments and adopted the required reforms. Now it is time for the Europeans to comply with their commitments on debt relief,” Pavlopoulos said in an interview with German business daily Handelsblatt.

German opposition politicians also criticized Schaeuble by honing in on the fact that the IMF is likely to participate in the third bailout, but will only disburse any loans when debt measures have been clearly outlined.