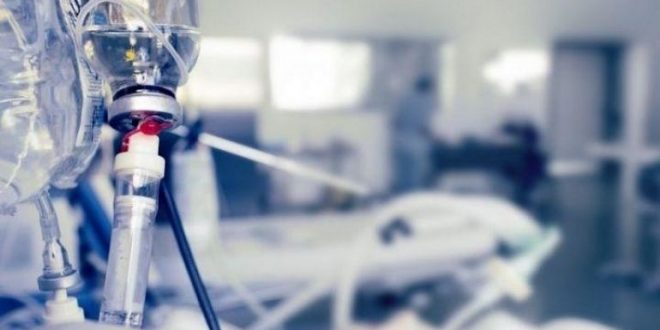 A cancer patient postponed his death for a couple of days in order to secure pension for his wife and future widow. The terminally ill man was asked doctors to put him on life supporting machines and prolong his life for just five days in order to secure that his widow receives his pension. The tragedy showing the despair people suffering due to austerity measures took place in  a hospital in Larissa, Central Greece.

According to the latest pension reforms, widows loss their right to receive their husband’s pension if they are younger than 55 years old.

The man’s wife would turn 55 in a couple of days.

This unbelievably tragic story was reported by an official of the the Widows’ Association AXIA. NGO AXIA was established in May 2017 with the aim to bring change in the Pensions Reform Law article that scraps pension to widows below 55 years old.

Retired air force man, Apostolos Papaparissis, who is in charge of the Public Relations of AXIA said that the cancer patient, a member of the Greek Armed Forces, was struggling with the disease in the hospital for more than 6 months.

“It was clear that death would come in one or two days or even hours. He thought what will happen to my widow, to the mother of my children?,” Papaparissis reported at a meeting of the Municipality Council of Larissa.

“The cancer patient asked his doctors to put him on life support machines for five days until his wife turns 55.”

It is mainly the organized members of the Greek Armed Forces who objected the widow pension law form the very beginning.

The implementation of the pension reform of 2016, leads to sudden death of incomes for survived widows and pushes a large portion of population to poverty.  Widows’ pensions are cut down to 50 percent of the deceased’s pension, new age criteria went into effect last April.

According to so-called Katrougalos Law, a widow is entitled to receive a pension for the rest of her life, if she was at least 55 years old at the time of the spouse’s death.

If the age of 55 in not completed within three years, the pension is cut and never granted again.

The state keeps in its pockets all the pension contribution paid by the deceased.

More details on the law here.

PS it is especially difficult for the spouses of military personnel to keep a job when they relocated every 2-3 years.