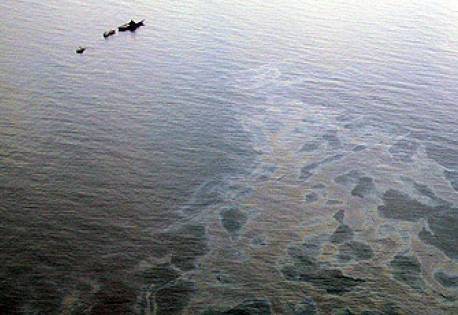 September 27, 2017 environment Comments Off on New oil spill in the Saronic Gulf after vessel sinks in Aspropyrgos 656 Views

One more vessel sank in the Saronic Gulf, this time in Aspropyrgos bay, east of Halyvourgiki pier, some 20 km west from Athens.

Cargo Vessel “Elefantas” sank on Tuesday afternoon while it was anchored. The wreck occurred after water inflow, the vessel

Inspection conducted by the Port Authority showed “marine pollution caused by fuel”. the oil spill is estimated to be some 20 square meters.

Authorities responded immediately, a private anti-pollution company and two coast guard vessels  and set up floating dams, operation to clean up is underway.

The Port Authority of Elefsina investigates the issue, is expected to raise charges for pollution of the marine environment.

Meanwhile, along the coast line of the Athens Riviera efforts continue to clean up the sea and the beaches form the oil spill of tanker Agia Zoni II that sank beginning of the month.

The general picture is much better, however, tar has settled at the bottom of the sea.

Authorities warn of swimming in he sea along the Athens Riviera.