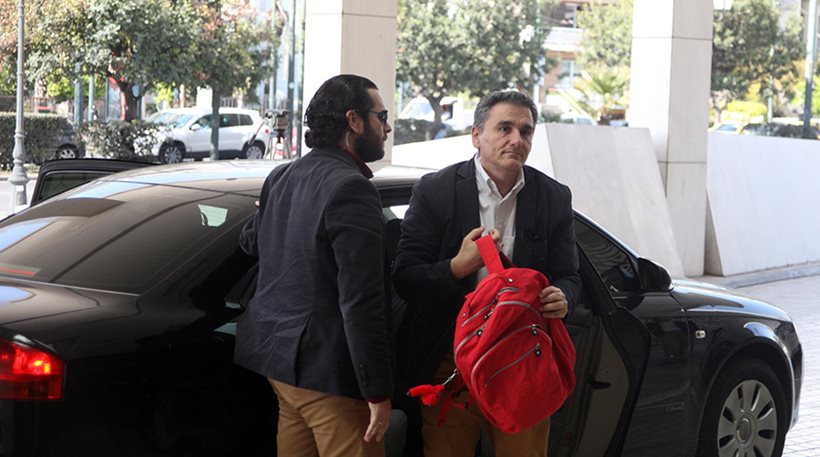 Greece’s top creditors returned to Athens on Monday for meetings and talks with the Greek government. Aim is to proceed with the third review of the Greek program and conclude the procedures by the end of the year.

The creditors’ representatives will be in Athens until Friday, are expected to return by the end of of November or early December, assuming that no “glitches” appear.

Beyond the target of an end-of-the-year conclusion to the third review, the latest possible date is February 2018. The fourth review of the current bailout – the third in a row for Greece since 2010 – is set for the end of June 2018, the actual credit-linked program ending in August 2018.

Beyond the ever-present fiscal targets under the constant scrutiny of Greece’s institutional creditors, outstanding issues involving labor sector liberalization, privatizations – particularly in the energy sector – along with memorandum-mandated changes on how the Greek state calculates and doles out pensions and welfare benefits will dominate talks this week between the government and the “quartet’s” top auditors.

Negotiations to conclude the third review of the ongoing third bailout, in fact, were the focus of deliberations over the weekend in meetings chaired by the Greek prime minister, which ostensibly aimed at finalizing the leftist-rightist coalition government’s positions vis-a-vis creditors’ demands.

Top ministers of the Tsipras government will be called upon to implement no less than 95 “prior actions” – called “key deliverables” by the Commission – in order to meet a target of concluding the third review by the end of this year. According to other press reports, “prior actions” remaining to be fulfilled are even more than 95.

Nevertheless, the beginning of negotiations will come without Greek Finance Minister Euclid Tsakalotos, who is scheduled to speak at a regional conference in Ioannina on “restructuring Greece’s production model”, a decades-old generalization used by successive governments with multiple meanings, depending on one’s political affiliation.

A top issue deals with proving to creditors that the Greek government has met targets for reducing state arrears to the private sector, a condition for disbursing an 800-million-euro sub-tranche in loan money held back from last July’s outlay.

As previously cited by “N”, the thorniest “prior actions” include persuading the IMF that Athens will meet at least a 2.2-percent primary budget surplus for 2018 – as a percentage of GDP – without further austerity measures.  European creditors, on their part, want indications that the even more ambitious 3.5-percent fiscal target for 2018 is achieved.

The standing differences between the Fund and European creditors means that there’s no “road map” on what will happen if Athens meets the Fund’s target (2.2 percent) but not the one stipulated by its European partners (3.5 percent).

Based on an interpretation of the already agreed to points so far, the IMF expects more measures by the ESM in case the 3.5-percent target isn’t met. Conversely, European creditors will insist on the activation of an automatic spending cuts mechanism – the dreaded “cutter” – if it appears that the higher target (3.5 percent) is fleeting.

Beyond the close scrutiny money collected and spent by the Greek state, creditors continue to insist that energy sector liberalization and deregulation continues, with Greece’s previously state-dominated power market at the forefront.

The Tsipras government wants to fulfill its obligations, under the third memorandum and EU Competition Directorate’s rulings, to sell-off a handful of lignite-fired power stations operated by the state-run Public Power Corp. (PPC) in northern Greece, but without proceeding with a compulsory reduction of PPC’s retail client base.

Additionally, the government wants to avoid the possibility of selling off another bloc of PPC’s shares.

The overall issue of privatizations in the still bailout-dependent country involves 14 to 15 “prior actions”. Beyond the well-known difficulties facing obligatory privatizations (such as  the Helleniko property development project or the natgas grid operator), another politically sensitive issue deals with the prospect of allowing the private management of waterworks.

At last word, the unofficial target date for concluding the third review is Dec. 4, when a regularly scheduled Eurogroup meeting will convene. via naftemporiki

PS I hope there will be no Yes-But-If game as in the years before. We are exhausted.