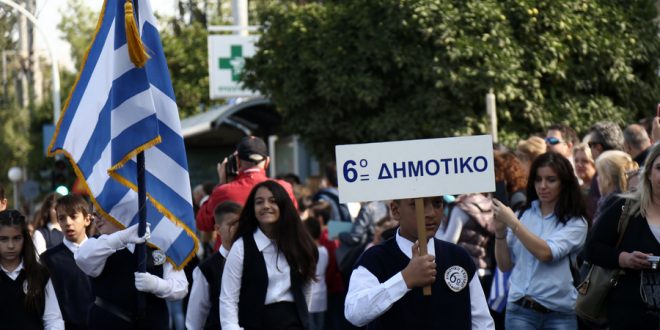 Racist incidents during OXI parades, as foreign pupils were entitled to bear the flag

An elementary school student from Afghanistan and one pupil from Albania were prohibited from holding the Greek flag during the parades to celebrate the National OXI Day marking the historical day Greece said NO to fascism in 1940.

Both children were appointed to hold the Greek flag after the lottery procedure introduced by the Ministry of Education this year. According to decades long tradition, the best pupils in class were entitled to have the honor to bear the flag around the streets of their city, town and village and in front of their proud parents and local dignitaries. The ministry broke this habit in order to give all pupils and students equal rights.

The name of 11-year-old Amir from Afghanistan as flag bearer was picked up a week before the parade. Amir’s parents were informed, the boy was happy and proud. However, the joy did not last long. The director of the elementary school in Dafni district of Athens decided otherwise. He claimed that Muslim boy Amir had declared he would not attend the ceremony at the local church with the Greek flag. 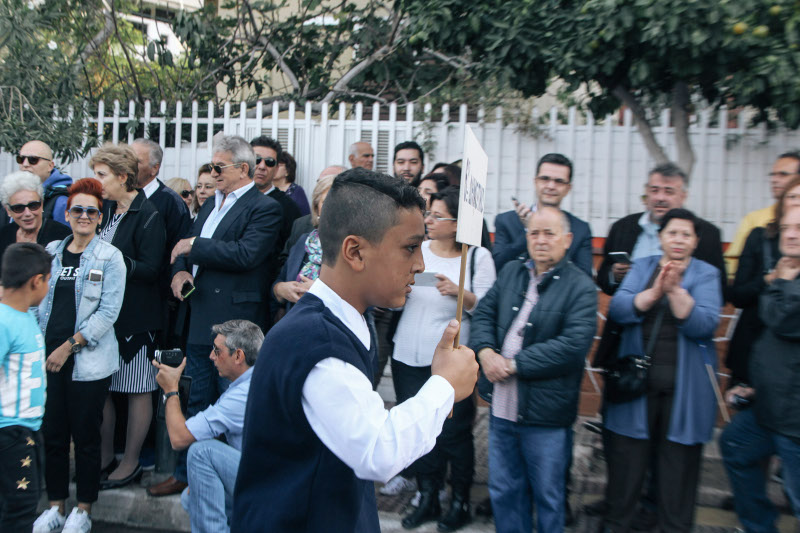 His mother told media that she was informed about the religious ceremony by the UNHCR as the family is in Athens according to refugees’ temporary accommodation. “the Agency (UNHCR) told me that my child had to go to church and I told them I had no problem with that. We respect Jesus and Virgin Mary,” the woman said adding “however, on the same day they called us and said the lottery was cancelled and my child would hod hold the flag.” They did not give the reason, the woman said.

On the day of the parade, a Greek pupil was holding the flag, while Amir was granted the honor to hold just a big sign stating the name of the school. 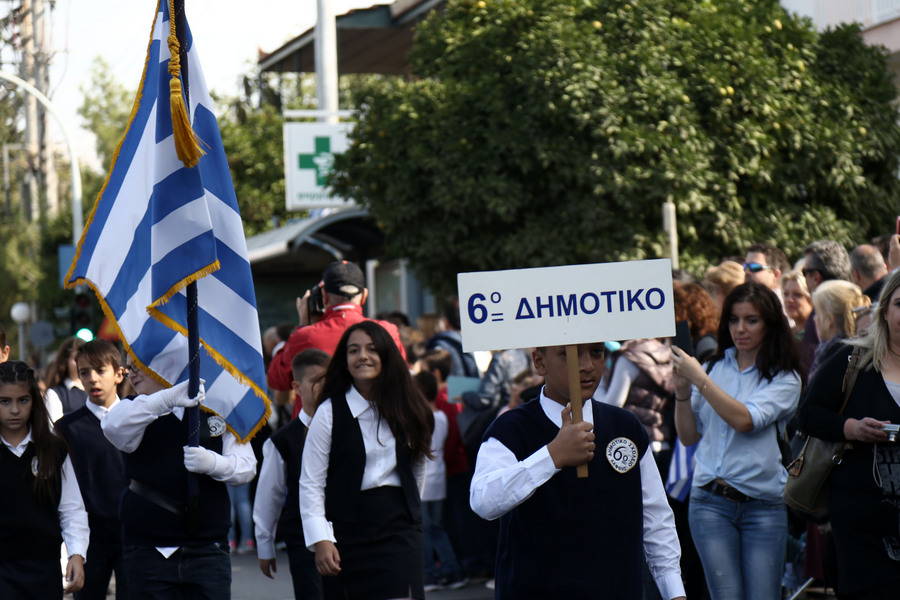 The Ministry of Education said it investigates the conditions according to which Amir did not hold the flag. 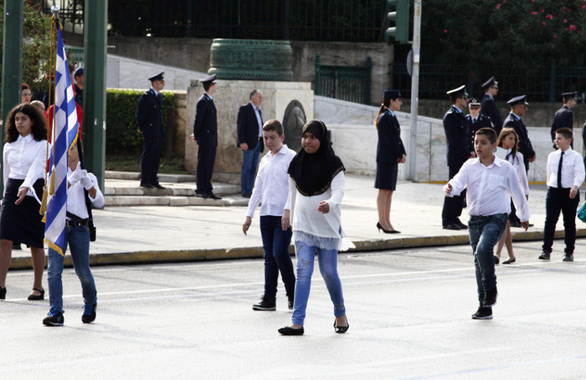 Not all school directors have problems with pupils of different nationality and religion. Students wearing Islamic headscarf was seen in the parade in Athens. 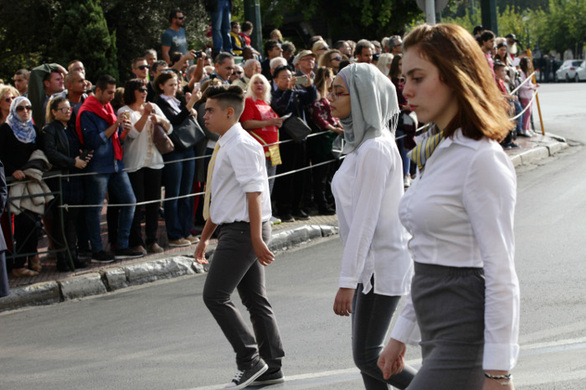 A student from Africa was bearing the flag with pride. 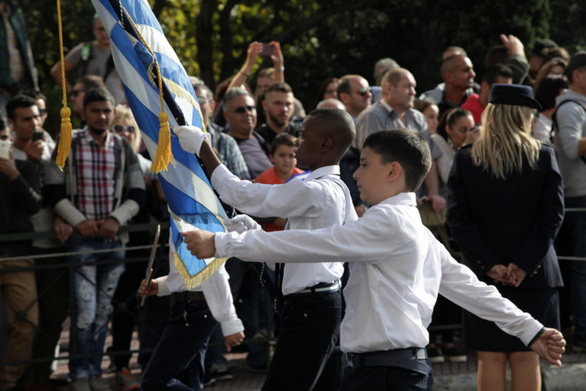 In another incident, Golden Dawn members hinder an Albanian pupil to lead the school parade as flag bearer. The incident took place in Emporeio on the island of Santorini.

Teachers, students, parents, locals and dignitaries had gathered to celebrate the OXI day on Saturday, when a group of  20 well-built men -some of them wearing black t-shirts with the logo “Hellas Ultras” intervened in order to stop the parade. They chanted slogans claiming that “insult of the symbol” because a pupil from Albania would bear the flag.

Some parents disapproved the protest, some others who were horrified took their children and left. 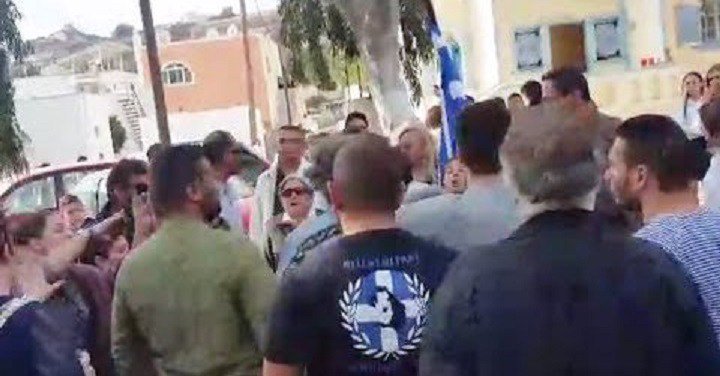 In the end, the parade was cancelled.

It should be noted that the Albanian girl had the best grades in her class.

On Sunday, two members of the Parents’ Association resigned saying when they joined the Association “they had in mind the interest of ALL children in the school, without any discromination based on nationality or other.”

The Teachers’ Association of Santorini condemned the incident triggered by “some fascistoids.”

The Ministry of Education issued a sharp statement, condemning the Golden Dawn intervention and  stating that the Golden Dawn members disturbed the parade that was aiming to remember the victims of fascism and nazism.”

According to left.gr, local police is investigating to raise charges for disturbing the public order.

On the island of Lesvos students from Pakistan and Afghanistan paraded together with their Greek classmates.