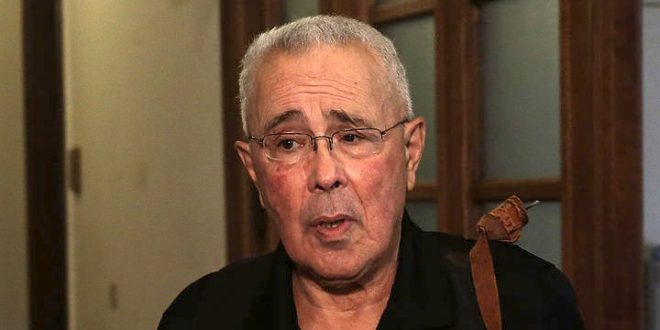 With an email consisting of three lines, deputy Education Minister Costas Zouraris  submitted his resignation Sunday afternoon, following immense political pressure not only by opposition parties but also by his own party, conservative Independent Greeks (ANEL).

Zouraris, a fierce supporter of red lines in MAcedonia name dispute, did not have to resign because he disagreed with the government on the issue. But because of his insulting statements to supporters of football clubs Olympiakos and PAOK.

In an interview to a live radio program in Thessaloniki on Saturday, the now former minister used vulgar expressions against the supporters of the two football clubs. chanting several times “10,000 [Olympiakos fans] sit on the lowest part of my …” and “Who f***s PAOK?”

The statements triggered reactions not only among the FVs and the fans but also among political parties, with the strongest reaction coming from his own one.

“It’s either me or Zouraris,” threatened ANEL MP and deputy Parliament Speaker Dimitris Kammenos and urged the Prime Minister  and ANEL leader to take care of the issue.

ANEL branch in Thessaloniki issued a statement describing the statements as “unacceptable” and so did the football clubs and other parties from the opposition.

The outcry was so immense, that the coalition government partners Tsipras and Kammenos asked Zouraris to resign in zero time.

In his e-mail the 77-year-old political scientist said that he will not resign as a lawmaker. He joined the ANEL as leader of a small conservative-nationalist Macedonian party.

Prime Minister Alexis Tsipras is reportedly expected to deal with his resignation request on Monday. Most probably after the vote on the omnibus bill, as every vote is needed?

Costas Zouraris has always being controversial and a sui generis personality due to his nationalism and the use of Archaic Greek even his speeches in the Parliament.

On social media, Greek users lash out at him calling him a “pseudo-scientist” and “Kammenos politicala garbage.”