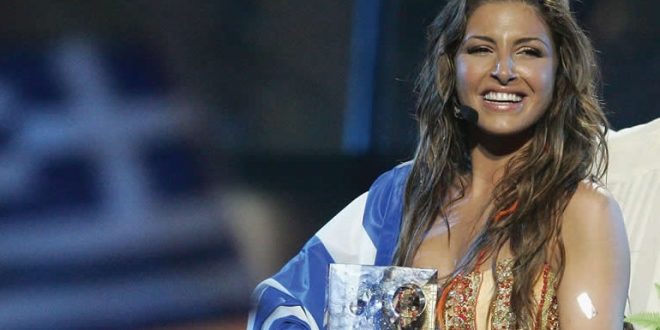 Is the 2005 Greek Eurovision winner, Helena Paparizou, heading to Lisbon for Eurovision? It seems that the Queen of Greek Pop is considering to represent Cyprus at the forthcoming 2018 Eurovision Song Contest, according to local media reports.

Is the cat out of the bag? Will Helena Paparizou represent Cyprus at the Eurovision Song Contest?

If the latest rumours and rejoinders about the Greek Goddess’ potential Eurovision return are true, many a Eurovision fan will be delighted to see 2005 Eurovision winner back on the Eurovision stage!

Cypriot news portal Showtime.cy is running a story, reporting that Cyprus has allegedly reverted to an internal selection in order to select its Eurovision representative for Lisbon, whilst its national broadcaster CyBC has made a strong proposal to Helena Paparizou (Greece 2001/2005) to represent Cyprus at the forthcoming 2018 Eurovision Song Contest.

The 2005 Greek Eurovision winner has not made a decision yet according to reports, hence she has neither accepted or declined the proposal.

In the wake of the rumours and speculation doing the rounds, ESCToday decided to contact CyBC in order to shed more light on this matter; the Cypriot broadcaster did not want to make a comment regarding this issue, thus neither denying or confirming this piece of news.

We will have to wait a little bit longer in order to find out more about CyBC’s Eurovision 2018 project and plans.

The 2018 Cypriot Eurovision entry will be composed by Alex Papaconstatinou, the man behind several Eurovision entries; Greece 2007, Azerbaijan 2009 and Cyprus 2012.  source: esctoday.com

PS of course, this is a OMG-story…