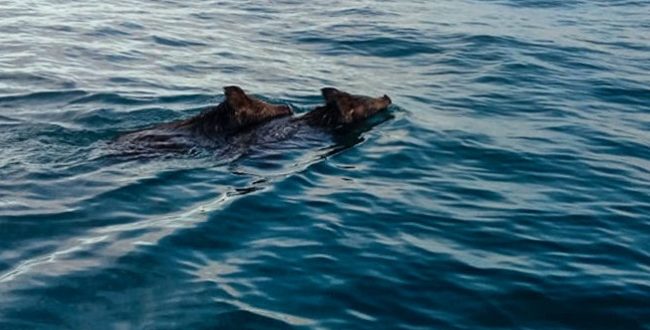 “Do wild boars swim in the sea? Yes, they do. Especially when they try to flee from chasing dogs…. Fishermen had reportedly an unexpected contact with two wild boars swimming in the sea some two nautical miles away from the shore in Killini Gulf of Ionian Sea off West Peloponnese.

The three amateur fishermen were out with a boat looking for bream when they saw two boars struggling their way to …nowhere. 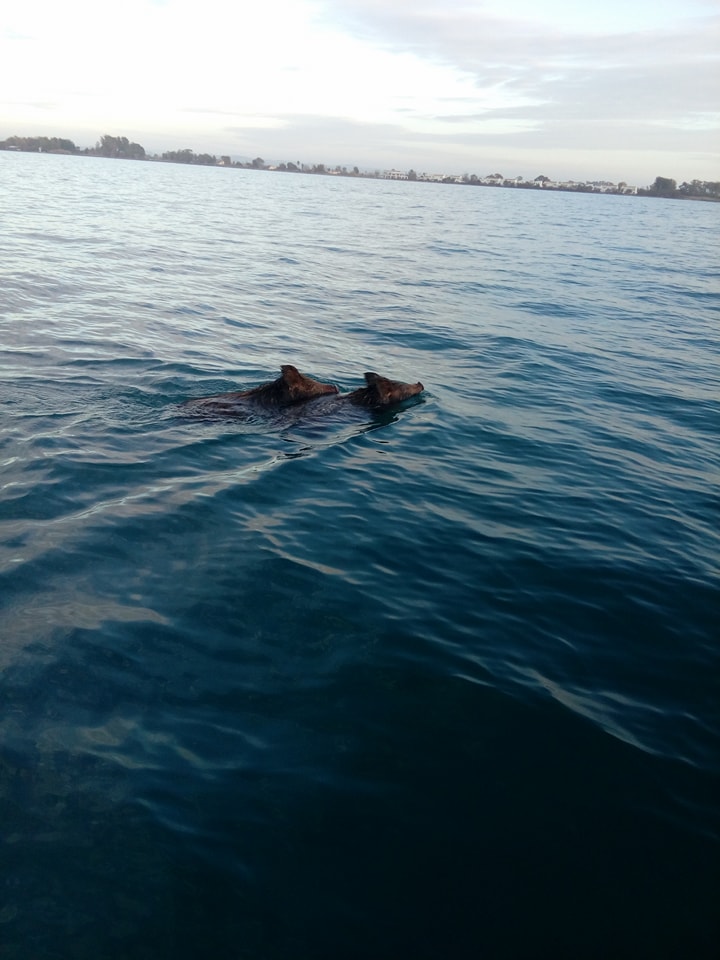 “We thought we were dreaming. We made the sign of cross and approached them. The two animals swam about two nautical miles off the coast. They seemed to have lost their orientation. We stopped fishing and slowly turned the boat, we started to help them turn towards the coast,” the fishermen told a local website.

In the end, the poor creatures managed to get on shore.

The fishermen said that they learned the boars belonged to a private farm and had gone into the sea seeking refuge from dogs chasing them.

“The owner came to us and thanked us and took the animals back to the farm,” one of the fishermen said.

PS for me the question remain: can wild boars swim 4 nautical miles?