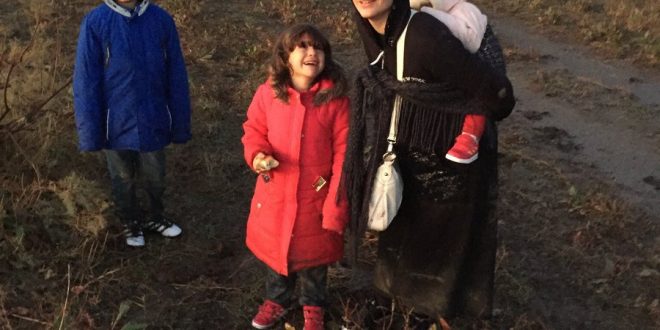 A 35-year old Turkish woman, named Esma Uludağ, who fled Turkish government’s post-coup crackdown to Greece, passed away following a heart heart attack. Together with her children aged 3, 7 and 10 tears old, had walked to Greece. 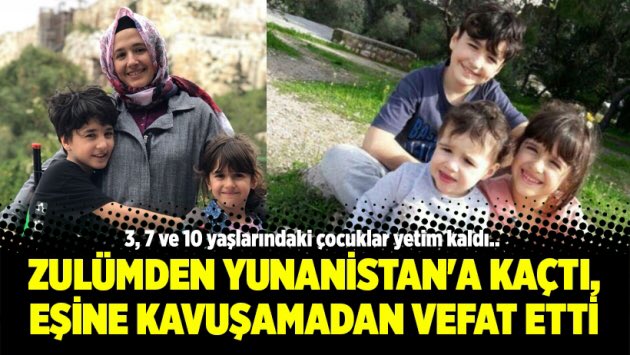 Esma Uludağ, mother of three children, aged 3, 7 and 10 years old, worked as a civil servant in a district governor’s office in İzmir province until she was dismissed by a government decree over her alleged links to the Gülen movement under the rule of emergency declared in the aftermath of a controversial military coup attempt on July 15, 2016.

Her husband Mehmet Ali Uludağ (38) had to leave Turkey, too, due to detention warrants issued for him over his alleged ties to the Gülen movement. He had to flee to Greece first and then take refugee in Germany.

As he succeeded to take residential permission in Germany, his wife Esma Uludağ, together with her three children had to cross the Evros River about 6 months ago.

In a video, Esma said she and her children had to walk about 6 hours as they crossed Turkish border through Evros River. She was carrying the youngest child on her back all through the way. On a video through a mobile phone recording, she spoke about the difficult transition process from Turkey to Greece.

She walked & walked to #freedom,to hope, with her baby on her back.
Turkish #refugee Esma Uludag with her children in mud. It is freezing, the little girl cries "Mom, I am freezing"
Now she freezes more, because left without #mother
O World!
Warm them up!
pic.twitter.com/M97F4C4FUc

They took shelter in greece and they were waiting in Athnes for family unification.

However, Saturday night, April 28th, Esma Uludağ suddenly had a stroke. She was taken to the hospital by an ambulance which reportedly arrived 40 minutes later. Esma Uludağ, whose heart stood still, passed away despite all the emergency interventions at the hospital.

It was learned that the body of Esma Uludağ is going to be taken to Turkey for a funeral service after the completion of the autopsy and official processes in Greece.

Thousands of people have fled Turkey due to a massive witch-hunt launched by Turkish government against sympathizers of the Gülen movement. Many tried to escape Turkey by illegal means as the government had cancelled their passports like thousands of others. On Feb 13, 2018 at least three people died and five others were missing after a boat carrying a group of eight capsized in the Evros (Meriç) River while seeking to escape the post-coup crackdown in Turkey.
sources: turkeypurge, twitter