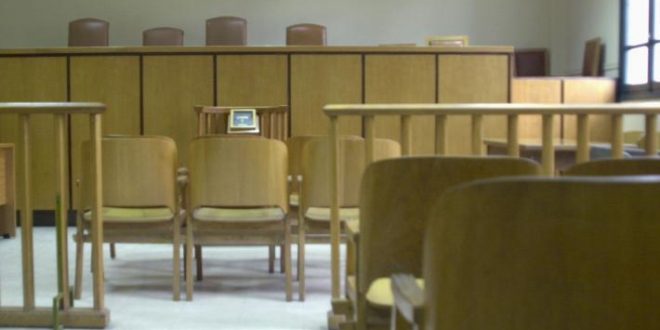 The 5-member Court of Appeals in Athens unanimously declared Irianna and Perikles were found not guilty on terrorism charges. The decision was announced short after 3 o’clock on Thursday afternoon and was cheered and applauded by dozens of solidarity supporters of the two who are known in the Greek public only with their first names.

“The evidence showed nothing. It has not proved any illegal activity.Social contacts are cannot be criminalized. The found DNA is a highly controversial tool, “the court president said explaining the rationale behind the decision.

A little earlier, the prosecutor had suggested the defendants should be found guilty and charged with the same sentence as at the first instance court. The prosecutor declared, she was convinced that the two were members of the urban guerilla group “Conspiracy of the Cells of Fire.”

In June 2017, the first instance court had sentenced the 29-year-old PhD student of Greek Philology, Irianna, to 13 years imprisonment for being a member of the urban guerilla group Conspiracy of the Cells of Fire.

Irianna was convicted after a partial fingertip was found on a gun clip. Scientifically speaking, the match is 1 to 67,000,000, media reported last year. The woman denied having any involvement with the group, saying she was not even an anarchist and was not politically involved. Based on media reports, suspicion was close that Irianna was charged to 13 years imprisonment for ‘terrorism’ without sufficient evidence.

The highly controversial case of Irianna and Perikles had divided the country’s political world but also the society, with several media expressing suspicion that Irianna was sentenced without sufficient evidence.

Greek Prime Minister, Alexis Tsipras, hailed the decision on Thursday with a Tweet:

“Today, a great injustice for two young people has been restored . Democracy and the rule of law breathed #free_Irianna,” Tsipras wrote.