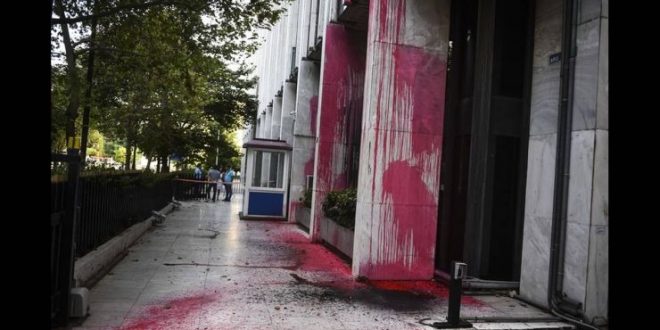 Minister for Public Order to send bill to Rouvikonas anarchists for …

September 19, 2018 Greece, Politics Comments Off on Minister for Public Order to send bill to Rouvikonas anarchists for … 284 Views

Alternate Minister for Public Order Katerina Papakosta plans to send the bill for material damages caused by Rouvikonas to the anarchists themselves. Attacks conducted by Rouvikonas largely harm the image of the country but what they do are misdemeanor crimes, she added.

In an interview with Skai TV on Wednesday, Papakosta seemed determined to start sending the bill for the material damages to the members of the anarchists’ organization.

“It is not possible to allow to anyone to cause damages that are repaired with the money of Greek taxpayers who have been economically drained from the bailout agreements,” she stressed.

She indicated that Rouvikonas members are known to Greek police as “they openly post on social media.”

She said that Rouvikonas members act with increased caution and what they do are just misdemeanor crimes that do not draw tough sentences.

The Minister added that goal of the new leadership in the Public Order and Citizens’ Protection Ministry is to review the strategy of safeguarding targets.

In the last few years of its activities, Rouvikonas has not only raided and caused damages in public buildings but also to foreign embassies, companies suspected to be involved in economic scandals as well as to a foreign charity organization.

The latest attack was against the Embassy of Iran in Psychiko, one of best guarded suburbs in the north of Athens, on the early morning hours of Sunday.

In a video uploaded by Rouvikonas, the anarchists who wear helmets approach the guard and urge him to leave his post “in order to avoid been hurt by the broken glasses”. The guard is patiently waiting for the anarchists to conclude their destruction work.

The video was broadcast by all mainstream media and Greek police was shocked to see that the guard was not wearing the upper part of the uniform but just a t-shirt. 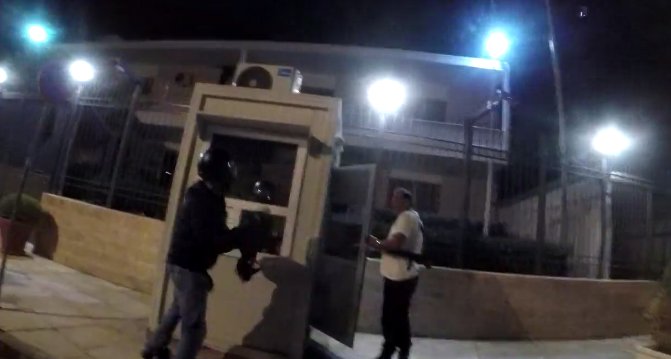 Police launched an internal investigation, before it was concluded both the 45-year-old police officer and the commander of the police station of Psychiko were transferred to new positions and duties considered as unfavorable.

Some media reported on Wehdesday, that police has deployed officers to check police guards assigned with the safeguarding to possible targets.

In Greek society, opinions about the guard’s attitude are divided. Some claim “the guard had to defend the post and the embassy,” others say “he behaved correctly otherwise it could have led to a bloodshed.”

What do You think?