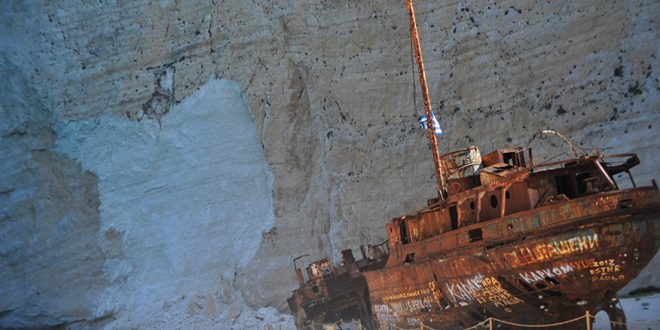 Rockslides at shipwreck beach Navagio due to Zakynthos earthquake

October 27, 2018 environment Comments Off on Rockslides at shipwreck beach Navagio due to Zakynthos earthquake 1,641 Views

The 6.8R earthquake that stroke the island of Zakynthos early Friday morning has caused new rockslides  at famous shipwreck beach Navagio that attracts thousands of tourists every year. The impact of earthquake to the beach was revealed by Efthymios Lekkas, Geology Professor and head of the Greek Earthquake Panning and Protection Organization. It is the second disaster at Navagio beach after a massive sheet of rocks detached on 13. September 2018.

After flying over the shipwreck beach Navagio area with a helicopter on Friday afternoon, Lekkas told media that the sea at the beach has changed color due to the big landslides.

“The phenomenon that started about a month ago is essentially continuing. The landslides are very big. It is striking that whole slopes have been detached and fell into the sea,” Lekkas said.

“The detached rocks turned the sea color into light blue,  which indicates that we have very large rock falls in the shipwreck area,” he added.

So far there is no footage or other visual material from the rockslides Lekkas reported about nor it is known whether authorities have banned boats and visitors approaching the beach.

After the massive rockslide at shipwreck beach Navagio in September, authorities banned access to the beach for almost a week and allowed limited access later.

Rockslides have occurred also at another famous beach on the islands, the Myzithres beach with the impressive to rocks emerging from the sea. The beach located South-West is accessible only by boat. 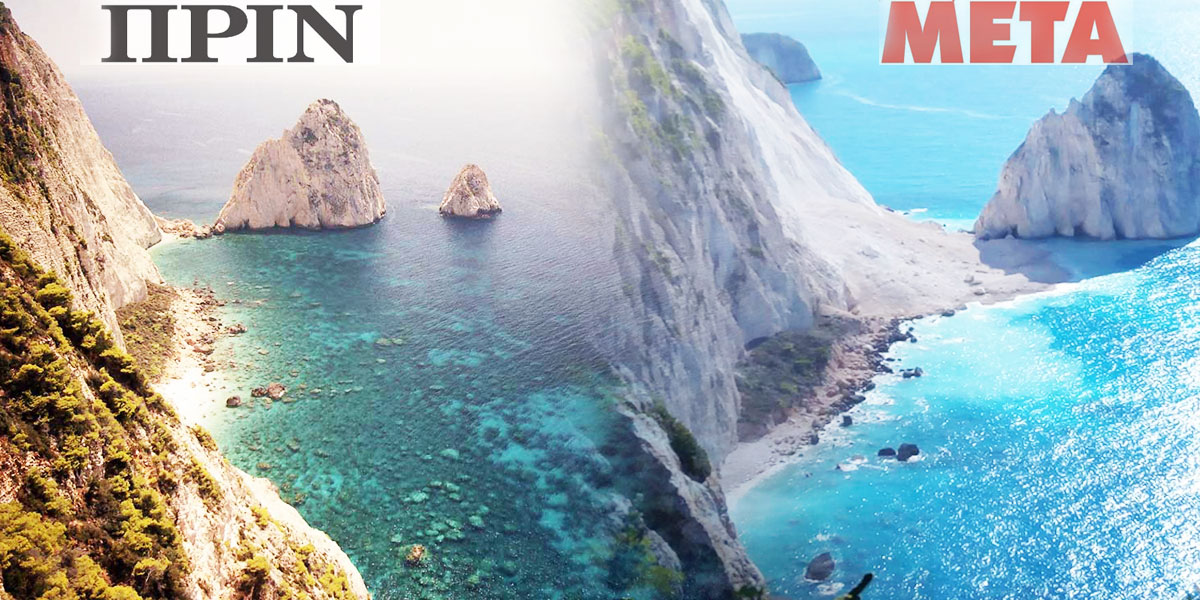 Before (left) – After (right): Massive sheets of rocks have been detached, local newspaper ermisnews, reports on Saturday morning.

The powerful earthquake stroke with 6.8R at 1:54 a.m. Friday and had locals and tourists rush to the streets. Its epicenter was located 34 km South-West of Zakynthos and its focal debt at 10km. It is the biggest earthquake occurred in the Ionian Sea since 1953.

Despite its force, the tremor it did not cause any casualties or injuries but only material damage with some old uninhabited houses to have collapsed, rockslides and damage at the port. 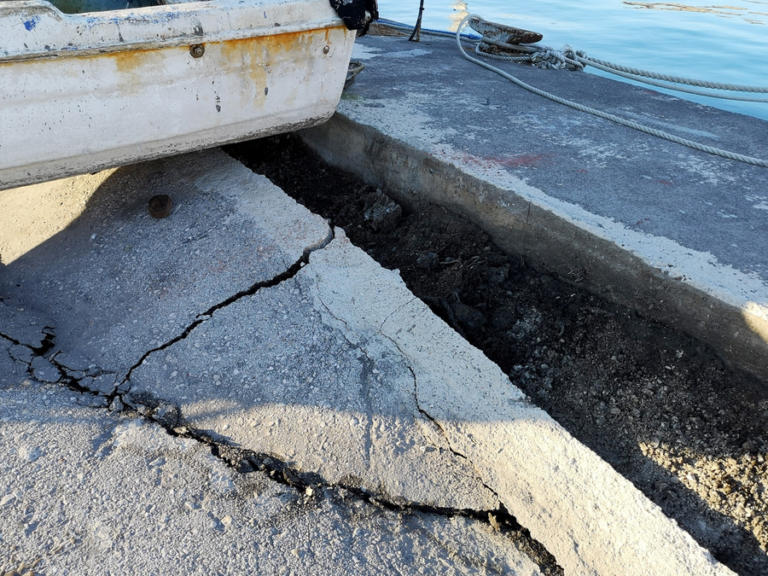 More than 150 aftershocks have occurred since the early morning hours of Friday, more than 20 of them were higher than 4R.

A 4.7R tremor occurred short after 8 o’clock Saturday morning. Its epicenter was 40km SW of Zakynthos.

Authorities and residents remain on alert on Saturday, as seismologists expect a big aftershock of 5.6-5.9R.