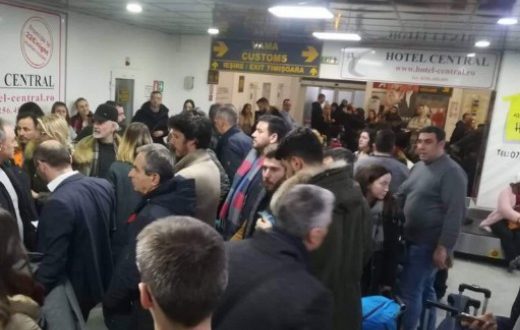 Ryanair strands 201 passengers in Romania instead of Thessaloniki

January 5, 2019 Tourism Comments Off on Ryanair strands 201 passengers in Romania instead of Thessaloniki 1,249 Views

Dozens of Ryanair passengers were shocked to find themselves in Romania instead of Greece on Friday night.

The plane from London to Thessaloniki landed in Timisoara airport in west Romania on Friday evening, as the pilots could apparently not land in Macedonia airport in Northern Greece due to low cloudiness.

But this was not the only problem. 201 passengers, among them elderly and toddlers, were forced to spend the night at the Romanian airport because Ryanair did not take care of them, and abandoned them without customer service, the stranded passengers told Greek media.
Others turned to social media, as the airline staff was apparently absent in the beginning.

@BBCBreaking My parents & 200 passengers of FR8582 @Ryanair from LDN to SKG have been stranded in Timisoara airport due to weather. No one in sight and no one answering phones. Babies and elderly spending the night in the cold. Please publish in order for @Ryanair to act tonight.

@Ryanair my friend was flying from ldn stansted to thessaloniki skg and landed in Timisoara romania instead. Noone is helpind her so she asked me to ask you on twitter: what s gonna happen to them

@Ryanair abandoned 200 people from London Stansted to Romanian airport. The flight FR8582 was originally going to Greece and got rerouted. The people are abandoned in Timi Soara Airport without being given any alternatives. The airport staff is forcing them to leave.

“We had no information whatsoever, we were not given food or water, nor vouchers for hotels to spend the night,” the angry passengers told media.

The passengers had to wait in a side corridor of the airport with freezing temperatures. 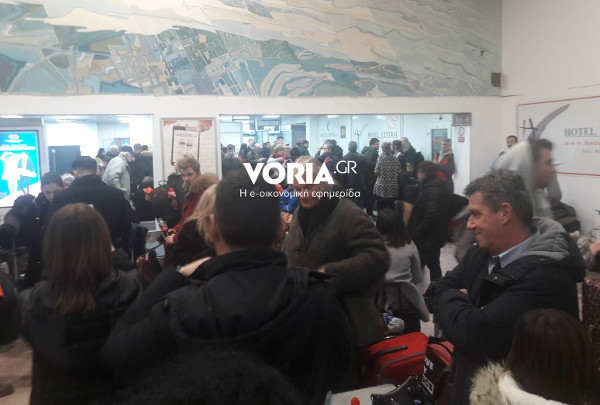 Early Saturday morning, Ryanair chartered two buses, and almost half of the passengers took advantage of the opportunity to reach Thessaloniki by road in 22 hours.

“One of the buses had no heating,” the travelers complained.

The remaining passengers stranded in Timisoara are expected to reach Thessaloniki around 4 o’ clock Saturday afternoon, after the Greek Transportation Minister chartered a plane from Aegean Air to bring the Ryanair passengers to Greece.

A representative of Macedonia airport managing company Fraport said that it was the pilot’s decision to change the landing plan and fly further to Romania.