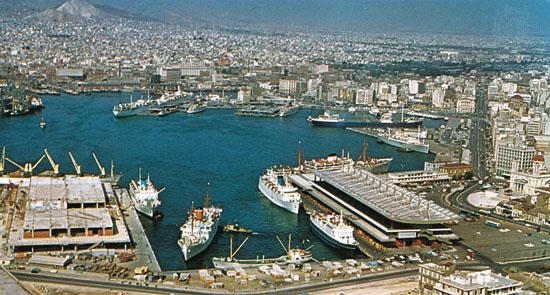 An investigation by the EU’s anti-fraud office, OLAF, focused on the Chinese-owned Piraeus port in Athens — part of Beijing’s huge Belt and Road infrastructure project. Customs officials there failed to stop a sophisticated network of cross-border criminals fraudulently avoiding import duties and value-added tax on large amounts of footwear and clothing items such as T-shirts and trousers, investigators told POLITICO.

The findings, conveyed to the European Commission at the end of December, are the latest chapter in a campaign by OLAF to crack down on a criminal network that has avoided paying at least €2.5 billion in customs duties alone in six counties since 2015. Financial losses in VAT payments, which would be due to both national budgets and the EU budget, are of an even greater amount, investigators say.

“OLAF can confirm that it has concluded an investigation concerning the fraudulent import of undervalued textiles and shoes into Greece in the period 1 January 2015 to 31 May 2018,” OLAF said in a statement when asked about the investigation.

“Based on its findings, OLAF has issued a Financial Recommendation to Greek Customs to recover the sum of €202.3 million in lost customs duties related to the fraudulently under-declared values for such products.”

In 2017, OLAF concluded that the same scheme operated by Chinese criminal gangs had targeted ports in the U.K. That investigation resulted in the EU slapping a €2.7 billion fine on London, which has disputed the findings and taken the case to court.

Officials in Greece had no immediate comment on OLAF’s findings.

The fraud scheme operated out of China is highly intricate, involving scores of truck drivers, fraudulent documents and anonymous managers giving drivers precise orders over the phone on where to deliver their goods, according to investigators. Once the goods have been placed inside containers, false declarations are made, giving fictitiously low values for textiles and footwear so that importers can derive profit from evading customs duties and paying much less than what is legally due.

The material is then loaded on to trucks before the drivers are dispatched to markets in places such as Florence and Barcelona.

Investigators have also discovered that the Chinese fraudsters set up so-called phoenix companies to take on the delivery of the goods. These businesses then disappear once tax authorities become aware of their scheme, only to be reborn elsewhere.

Internal OLAF data shows that tens of millions of kilograms of cut-price merchandise flowing through British seaports have almost completely dried up since 2018, when customs officials started performing more systematic checks. The flow of illegally traded goods has now shifted to other entry points, namely in Greece, Hungary and Slovakia, the data shows.

Investigators say they fear their findings could be just the tip of the iceberg, with fraudsters suspected to be targeting online portals offering e-commerce services. (full story by Politico)