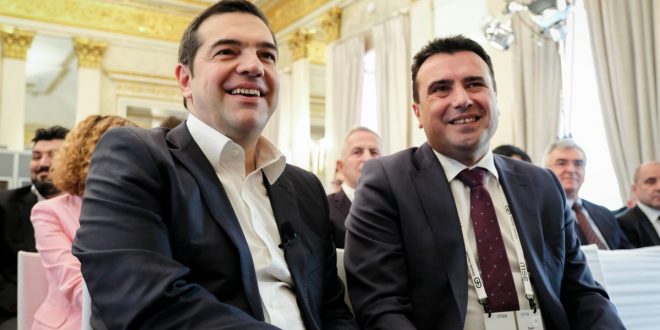 February 17, 2019 Greece, Politics Comments Off on Tsipras and Zaev awarded Ewald von Kleist Prize for their contribution to peace 172 Views

Greek Prime Minister Alexis Tsipras and his North-Macedonian counterpart Zoran Zaev were awarded the Ewald-von-Kleist-Prize at the Munich Security Conference on Saturday. They were honored with the Award for their contribution to peace and conflict management.

For almost one minute the audience applauded the two statesmen who managed to solve the decades-long Macedonia name dispute.

“Today, we celebrate hope, the hope, not as an abstract concept, but as concrete experience, based on real solutions and compromises – hope based on our common European vision, on friendship and on good neighborly relations,” Tsipras said in his brief speech.

“I never believed, especially in the difficult period of 2015 that four years later I would be here to receive this award from the prime minister of Bavaria. Never say never,” he added.

The signing of the agreement with Greece is also a milestone for Zoran Zaev who said among others:

“When everyone was talking about the red lines, Alex and I decided to give up these red lines and to not dig deeper into the trenches. We started a dialogue with no hidden intentions, we decided to look at each other, show tolerance and understand the problems and challenges of the other,” Zaev stressed.

The Former Yugoslav Republic of Macedonia became North Macedonia, Greece lifted its veto and agreed to the accession of its neighbor to the NATO. The Prespes Agreement is considered “historical.” 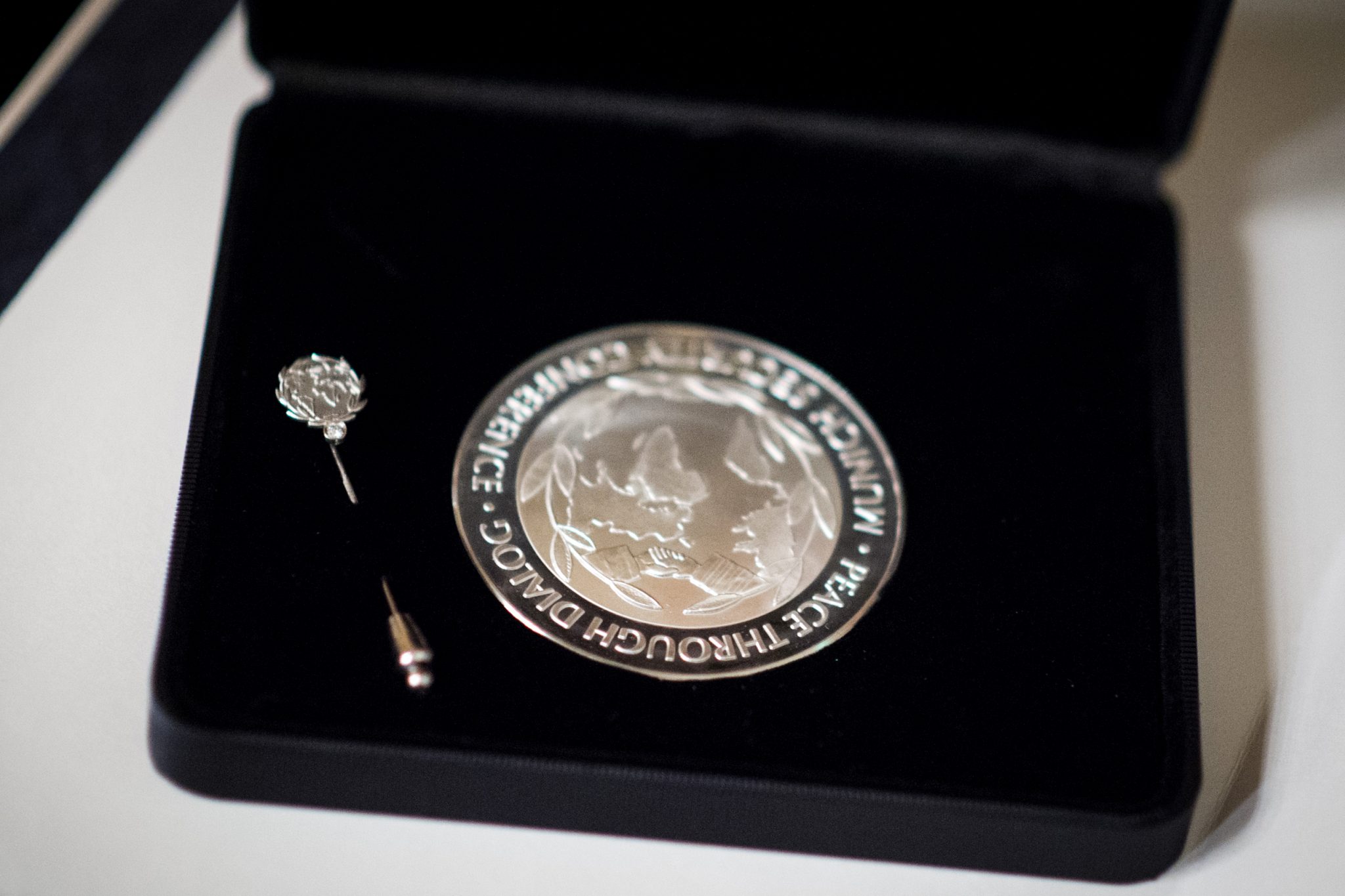 Ewald von Kleist (1922 -2013) was the founder and defining personality of the Munich Security Conference. As its patron for over 30 years, Kleist was instrumental in advancing the transatlantic security dialogue and introducing post-war Germany into NATO and the broader Cold War security order. Kleist was a prolific author, jurist, and publisher.

He was was one of the co-conspirators in the 20 July, 1944 plot to kill Adolf Hitler.

The Award aims to honor leading figures in security policy that have made an outstanding contribution to international peace and conflict management. the Award was inaugurated in 2009.