Greece to monitor Methana Volcano, just 50km away of Athens

February 23, 2019 environment Comments Off on Greece to monitor Methana Volcano, just 50km away of Athens 1,290 Views

For the first time, the Greek Geodynamic Institute will install six seismological stations to monitor the volcano of Methana in the Saronic Gulf, just 50 km away from capital Athens. ” A source of concern is the volcano close distance to the [Greek] capital,” says a researcher at the Institute underlining that in contrast to earthquakes, volcanoes normally warn before they explode.

The first three non-permanent seismic stations have already been installed and went in operation about a week ago. Another three monitoring stations are to be installed and they will be permanent.

The most recent activity of Methana volcano occurred in the 3rd century BC and was mentioned by the ancient historians Strabo, Pausanias and Ovid. In the wider Methana area, the last  eruption took place in in 1700 at a submarine volcano north of Kameni Chora. In the peninsula, traces of  at least 30 volcanoes have been identified with their activity to have stated about 1,500,000 years ago. 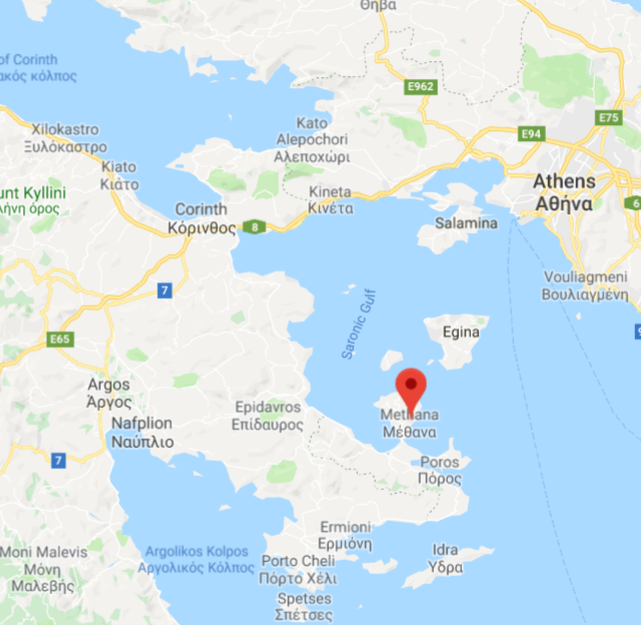 Methana is in the northwestern part of the group of Cycladic volcanoes that are considered active (Milos, Santorini and Nisyros).

The hydro-thermal activity in the Methana thermal springs is related to volcanic geothermal energy.

Although the volcano has not given any alarming signs in recent times,its close distance from Athens remains a source of concern.

“The volcano is active and is opposite of Athens,” Dr. Christos Evangelidis, assigned researcher at the Institute and responsible for the SEA Seismological Network, who also had the initiative for the new stations in Methana, told state news agency amna.

“The volcano of Methana may not be so as dangerous as the one  of Santorini or of Nisyros, however, it is active and is but ceases to be active and is on the other side of Athens,” he said adding that nobody has been monitoring it.”

The timely assessment of any upcoming volcanic activity and its impact are critical factors both for the safety of the local population and for the protection of tourism, the environment, the  sea and air transport in the wider area of ​​the Saronic Gulf and the Greek capital, Evangelidis said.

The previously relevant monitoring infrastructure installed in the Methana Volcano was considered negligible, so a network of six seismological stations and a geodetic network are now being planned. The aim is to apply to the Methana volcano pilot innovative seismic and geodetic methods to assess any upcoming danger.

The three permanent stations will be installed in Kameni Chora (where there is a crater about 50 meters deep and 100 meters in diameter), in the city of Methana (near the municipal stadium) and in Ano Fanari of Argolida or island of Agistri.

“The aim of the scientists is to cover the neighboring underwater volcano “Pausanias”, Evangelidis said adding that the broadband sensors are expected to start operating in summer 2019.

Evangelidis said further that “even the most dangerous volcano of Nisyros is not properly monitored.” There are two seismological stations, where there should be five. But there is a problem with funding.”

The situation is similar also for the other Greek volcanoes with the exception of Santorini.