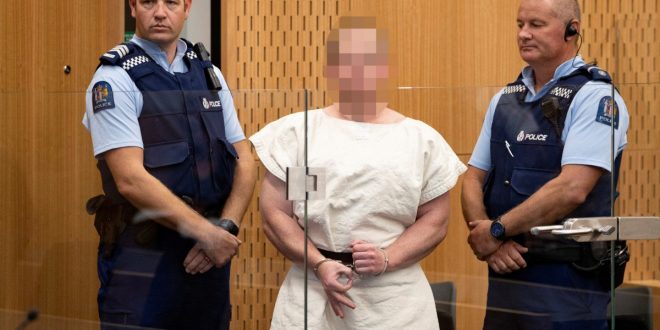 Gunman of NZ massacre, Brenton Tarrant, stayed in Greece in 2016

The gunman of New Zealand massacre Brentan Tarrant not only stopped in Athens International Airport twice when he took his trip to Europe. He also stayed in the country for at  least 15 days, media report on Saturday evening.

The 28-year-old Brenton Tarrant was reportedly transit at the Αthens airport In November 2016 while he was traveling from Cairo, Egypt, to Bucharest, Romania. He was transit again in December 20016, on his way back.

The white supremacist from Australia visited Greece also in March 2016, where he stayed for at least 15 days.

According to latest information, Tarrant came to Greece with a flight coming from Istanbul and spend some two weeks on the islands of Crete and Santorini.

Now authorities are trying to find out which Greek city or cities he visited and whether he had contacts with locals.

So far, there is no official confirmation of these reports.

What raises questions to authorities is the fact that the slaughterer of Christchurch had written the Greek word Turkofagos, the Turk-Eater, and Lepanto* the Venetian name for ancient Nafpaktos in the Gulf of Patras. These words were written on the weapons he uploaded on Twitter two days before the massacre where 49 people lost their lives.

The international criminal police Interpol has reportedly already sent data about Brenton Tarrant to Greek authorities that now try to locate his traces in the country.

In his lengthy 74-page manifesto, the Australian white supremacist appears fascinated from the wars against the Ottoman Empire and he even called on Turkey to bring down the minarets from Hagia Sofia, the cradle of Greek Orthodoxy.

In the past three years, he traveled through several Balkan countries as well as Turkey, where he visited historical sites and studied the battles between European Christians and the Muslim Ottomans.

So far, authorities in Bulgarian, Turkey, Croatia and Hungary have confirmed that Tarrant was in their countries from 2016 to 2018.

The Bulgarian Interior Ministry said that counter-terrorism teams from various countries, including the United States, are currently cooperating over Tarrant.

Authorities in various countries are investigating whether the Australian had contacts with local citizens and extremists groups -which, of course, he could have also met on social media, forums and other platforms on internet.

Meanwhile in New Zealand while families mourn the death of their beloved ones, a court charged Tarrant with murder.

*The Battle of Lepanto was a naval battle that took place on 7 October 1571 when a fleet of the Holy League, led by the Venetian Republic and the Spanish Empire, inflicted a major defeat on the fleet of the Ottoman Empire in the Gulf of Patras