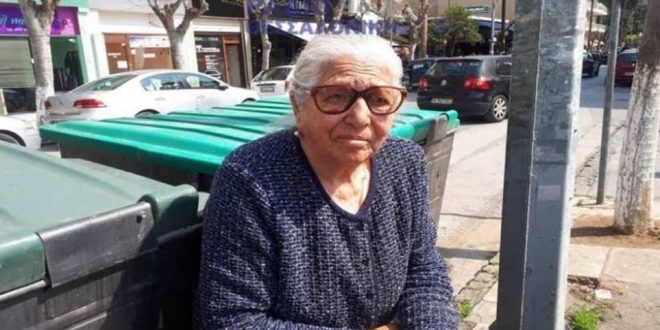 “I will never sell my bootees again,” says the horrified 90-year-old granny (videos)

“I will never sell my bootees again,” says the 90-year-old granny that spent twelve in a police station in Thessaloniki for selling her handmade garment without vendor’s license. Days after the arrest that triggered an outage in the Greek society, the woman is still in shock.

Susanna Iliadou was arrested on Tuesday, when she laid a couple of bootees pairs in front of some garbage bins at a street pavement in Ambelokipoi, Thessaloniki, to sell them to passersby. 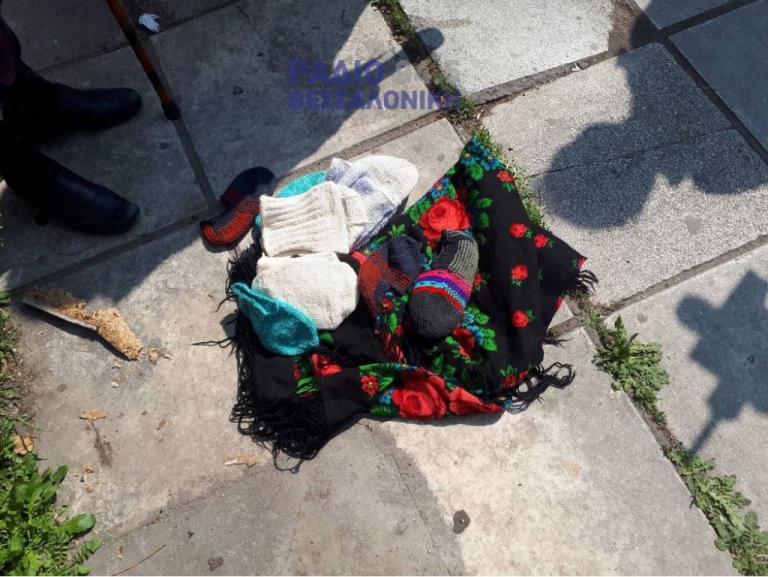 She sells the bootees on and off and for 2-3 euros in order to secure the daily bread for her and her husband of the same age. The two seniors are practically without regular income.
The elderly couple migrated from Caucasus in Russia to Thessaloniki in Greece a couple of year ago, where one of her daughters live.
The couple lives on welfare benefits that pay only the housing rent, the rest of their needs are covered with the money her daughter and their other children still in Russia occasionally can give them.
Although the couple is of Caucasus Greek descent, they do speak Greek well.
It is obvious that Susanne was not fully aware of what was happening to her at the police station. She thought police took x-rays, while in fact the officers were taking just a picture from her. She had her fingerprints registered, like a common, serial criminal.
Video: Granny has her fingerprints registered, her daughter is present as well and is recording the procedure. At some point, the police officer shouts at the granny as she does not know how to …deliver fingerprints.
A woman of 90 years old without good command of the Greek language. A vulnerable person with a walking stock. A “vendor” without license, receipts and POS. An easy pray for local police to exhaust the strictness of the Law. 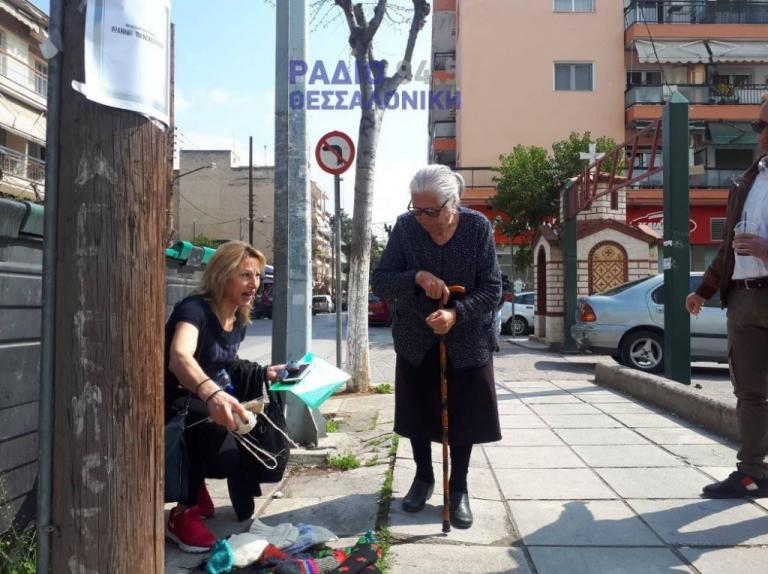 Speaking to media, her daughter, Judy, said that the police officers could have let her mother go away or just call the family and inform them about the incident.
Police officers came right after Susanna had laid her bootees on the pavement and told her “Pick them up! Pick them up!” and “my mother thought they were telling her to pick them up and go home. But they said No!, You have to come with us.”
In the twelve hours she spent at the police station waiting for the registration procedures to conclude, she asked once for some water and she was given a small bottle by an officer. No food.

Susanna has diabetes, under the immense psychological and physical pressure, her blood pressure went up, her legs swell, she told ANT1 TV.

“I don’t want to say anything bad about the police, but she is a 90-year-old woman…” the daughter told media.

Police ordered an internal investigation on the issue. However, not about the granny’s arrest but about the videos shot at the police station, the chairman of Thessaloniki Police Officers union told proto thema.

Sources from the local police station told private ANT1 TV that they followed the orders and the procedures of the law.

The woman was released following a verbal order of the prosecutor.

*both videos were filmed and uploaded by the granny’s daughter.