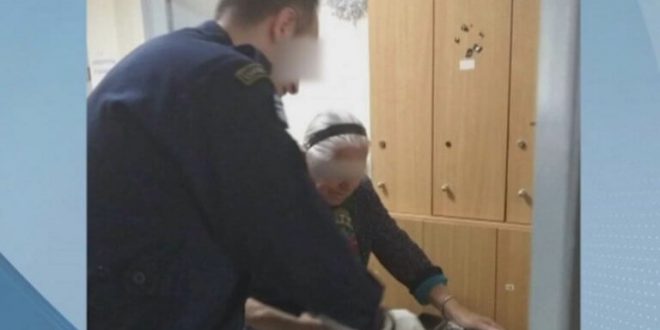 A 90-year-old woman has been arrested and kept at police station for 12 hours after she was found to sell handmade bootees without a vendor’s license. The arrest has triggered an outrage with the woman’s daughter to denounce that the granny did not even receive water during the nightmare hours she spent in the police station cell.

The granny was arrested at the open market of Ambelokipoi, Thessaloniki, on Tuesday, most likely following a denouncement to police by other market vendors.

Living with her husband of the same age, the 90-year-old goes on and off to the open market of Ambelokipoi and sells the hand-made bootees in order to add some euros to the family budget.

It is customary for old women from Pontus to knit the short soft socks or bootees (τερλίκια) to keep feet warm in winter.

A police car with three officers went to the market and arrested the woman, following a denouncement by most likely other market vendors, her daughter told media.

Once at the police station, the granny had her fingerprints registered. 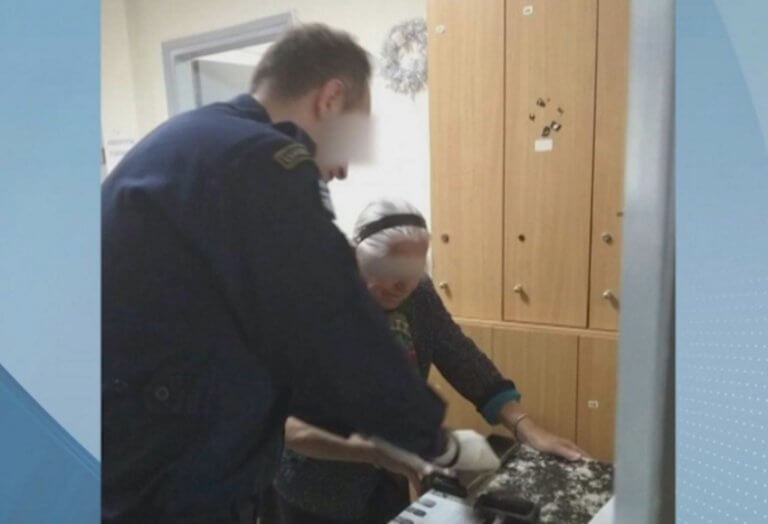 She was left without any food and water for 12 hours, and policemen were not even polite to her,” the daughter said.

The nightmare for the granny ended at Thursday midnight, when she was released with verbal order by the local prosecutor.

He daughter claimed that the woman was not even at the open market but near her home where she had laid a couple of bootee pairs to sell for a few euros.

According to the daughter, the elderly couple has no source of income.

So far there is no official statement by the Ministry for Public Order or the Police in Thessaloniki, in response to the daughter’s claims that the 90-year-old had to spend hours of horror at the police station.

What we expect is an internal investigation. At least.

Later Friday afternoon, it became known that Police in Thessaloniki investigates the issue and under which circumstances the elderly was arrested.

It is not the first and probably won’t be the last time, police arrests vulnerable vendors trying to improve their income in times of economic crisis.

A chest-nut seller without a license here, a lettuce-grower there, a cleaner who forged the date of her elementary school diploma… They all land in prison for what authorities see as “very serious crimes.”

What do we have to expect next? Arrest of 10-year-olds singing Christmas Carols or selling cookies for an unregistered charity bazaar?

#SHAME has no boundaries.