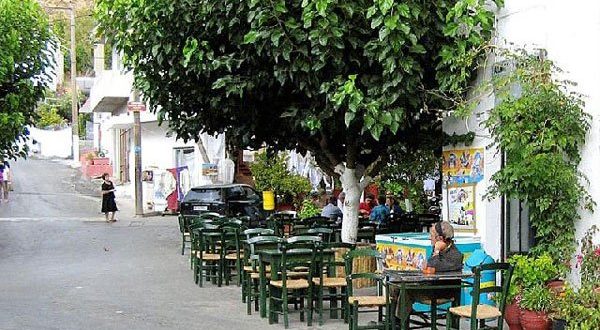 The Greek village where nobody smokes or can buy cigarettes (video)

March 27, 2019 Lifestyle Comments Off on The Greek village where nobody smokes or can buy cigarettes (video) 5,798 Views

In the land of smokers there is a village where nobody smokes, no shop sells cigarettes and ashtrays have disappeared long ago. Residents of village Skotino decided to cut this bad habit some forty years ago.

Nobody in the picturesque village of Hersonissos Municipality by Heraklio can really remember how they came to adopt this anti-smoking attitude.

But the whole village sticks to this unwritten law, whether young or old.This very special tradition goes form generation to generation, and hardly anyone talks about this non-issue.

A true rarity in the Greek landscape where the anti-smoking law is there in order to be violated.

Visitors seem to respect this particular local tradition and refrain form smoking as well. But even if they wanted to there will find no ashtray around and no shop to sell them cigarettes.

Speaking to Nikos Sarantos, one local says that one shop used to sell cigarettes but as nobody would buy them it stopped the trade.

An old man, the owner of a coffee house says he sold the last cigarettes in 1968. “Only passerby would buy, it was not worth it.”

The man shows two stone-age-old ashtrays and says proudly “there is nothing inside, they are empty.”

“I have two children and five grandchildren, only my son smokes,” the man says and he immediately makes clear “but he is in Heraklio!”

Other locals say that their village is unique in this sense as many people smoke in other villages.

“We have clean air here, in some villages they smoke like chimneys,” says a woman laughing.

The Greek Council of State closed a law window that allowed smoking in casinos and entertainment facilities of over 300 sq m towards an annual fee of 200 euros per square meter. The ministerial decision was issued in 2011, the CoS ruled on March 27, 2019. And yet. The 2011 decision was modified with another ministerial decision ion 14. January 2019 even though with slightly different criteria.

No wonder Greeks disobey the smoking laws, if the right hand of the state has no idea what the left hand does. 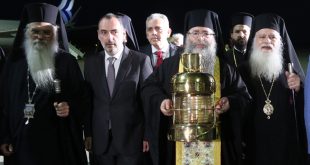