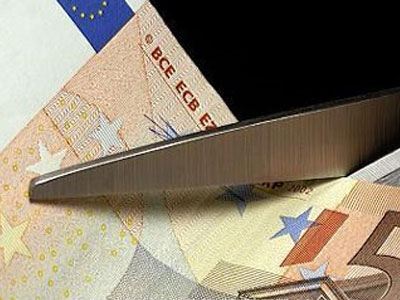 “If there is fiscal space on top of achieving fiscal targets then we are open to discuss how the space will be used. As you remember the same happened with the pension cuts,” he said.

The Greek government does not want to implement the lowering of the tax-free basis as imposed by the International Monetary Fund and is supposed to go into effect as of 2020.

Asked about the early repayment of IMF loans, Dombrovsksis said: We are open for this solution. In a sense it is relatively standard practice in post programme countries when they are able to refinance IMF loans, they typically do it. Greece currently has sufficient buffer to do so and reduce interest rate payments. The Commission is supportive of this step.

“Greece is delivering on its post programme commitments, its sticking to, even exceeding, its primary surplus targets as in the previous year. Greece is implementing an ambitious agenda so one should acknowledge the effort and I think this is why it was approved by other member states with the Commission’s support,” he underlined and added:

“Of course, for some issues we have concerns which we have indicated. An example the new Katseli law, we share the aim of the law but it is important that it is structured in the right way, that it is temporary, it does not facilitate strategic defaulting and does not lead to further deteriorate of loan repayment discipline.”

Dombrovskis also said that Greece is back in the European Semester cycle. “The next point in time will be early June with the spring package. By that time, we will need to assess Greece’s medium-term budgetary plans and the next step is the autumn package where Greece will be presenting the 2020 budgetary plan. In addition to the European Semester, there is enhanced surveillance with regular reports to be published,” he stressed.