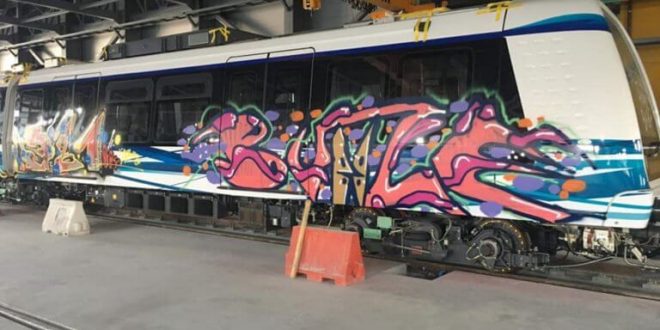 May 20, 2019 Very Mix Comments Off on Vandals spray graffiti and slogans on brand new wagons of Thessaloniki Metro 755 Views

The life of brand new, shinny blue and white wagons of Thessaloniki Metro was short. Unknown perpetrators entered the depot where they are parked and sprayed them with graffiti and slogans. 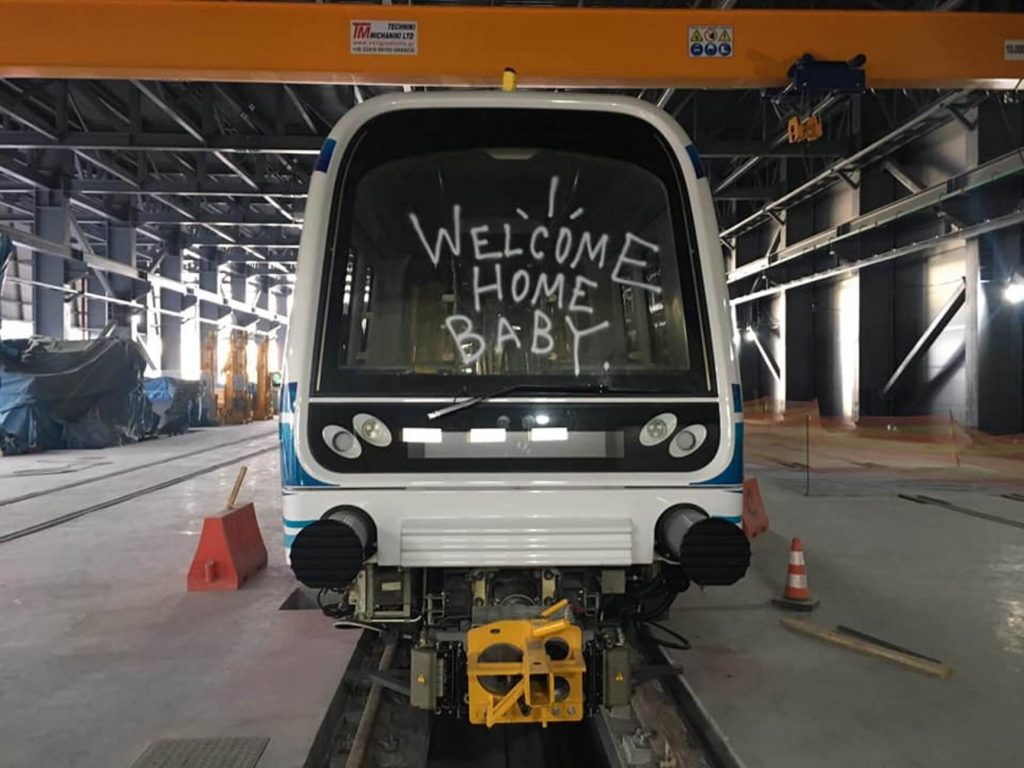 The vandals entered the depot in Pylaia on Sunday. No security guard was around to hinder them.

There was apparently not sufficient security measures, although it is well known that graffiti artists do not wait long to change the look of wagons, walls and whatever surface is blank.

The arrival of the new wagons were officially presented last week in a small ceremony attended by Transport Minister Christos Spirtzis.

officers from the metro company Attiko Metro said that they will proceed with the cleaning of the wagons and increase of the security measures to avoid similar vandalism in the future. 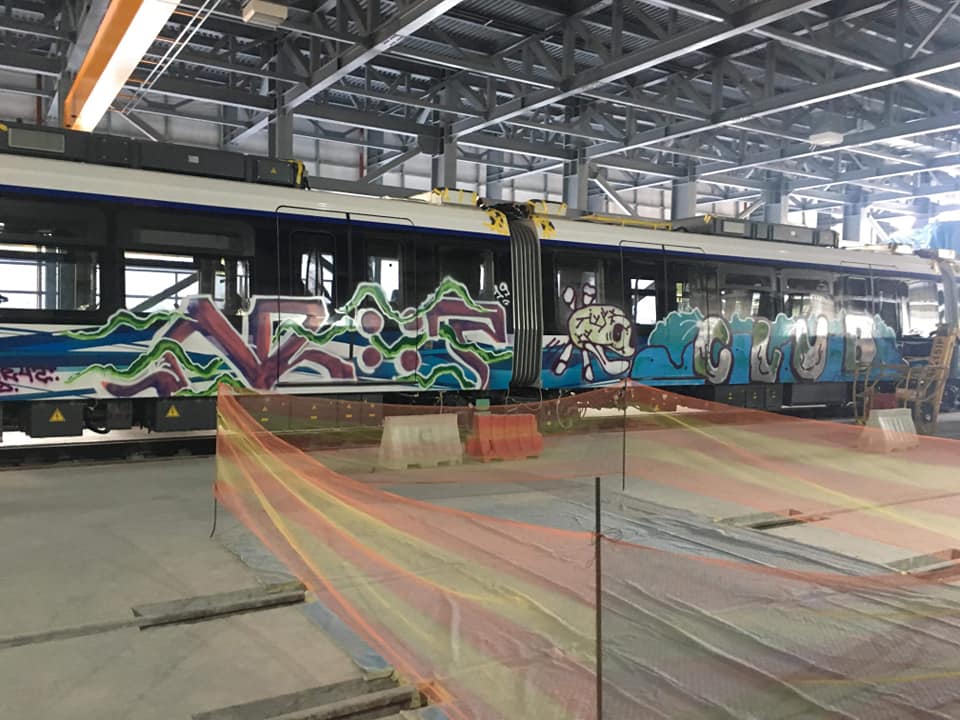 “Unfortunately, despite the doubling of the security measures, the unknown perpetrators arrived at the dawn in the area and they sprayed with graffiti and slogans the one side of two wagons out of four that arrived last Thursday,” President of Attiko Metro , Yannis Milopoulos told state-run news agency amna.

*pictures by Panagiotis Krinis via thestival.gr.