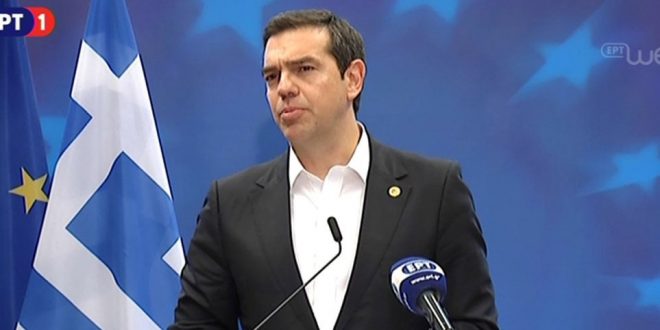 EC presidency: Weber would be a negative development for Europe, says Tsipras

May 28, 2019 World Comments Off on EC presidency: Weber would be a negative development for Europe, says Tsipras 173 Views

Selecting the candidate of European People’s Party as European Commission president would be a negative development for Europe, Prime Minister Alexis Tsipras said at the preparatory meeting of the Party of European Socialists (PES) on Tuesday.

For the Greek Prime Minister the German candidate Weber (CSU) is “extremely conservative” and “anti-Greek.”

In statements to the press following the PES meeting, the Greek premier said he supports a progressive candidate like Frans Timmermans (Dutch), PES candidate, as long as he comes out ahead in the European Council and the European Parliament.

Citing diplomatic sources state-run news agency amna reports that Tsipras said in his intervention at the meeting that the candidates’ programme should be taken into account, especially if they promote an end to austerity, a social Europe and  dealing with climate change.

Following the PES meeting, Tsipras is attending an informal dinner of the European Commission focused on reviewing the results of European elections and assessing candidates for senior EU positions.

PM Tsipras is not the only one among the EU leaders against Weber. French president Emannual Macron and Spanish PM Pedro Sanchez have also raised their objections even if for different reasons.

The euro stars do not look good for Mangred Weber, the arch-conservative candidate from Bavaria, who does not have the full support also of the German governing party CDU.