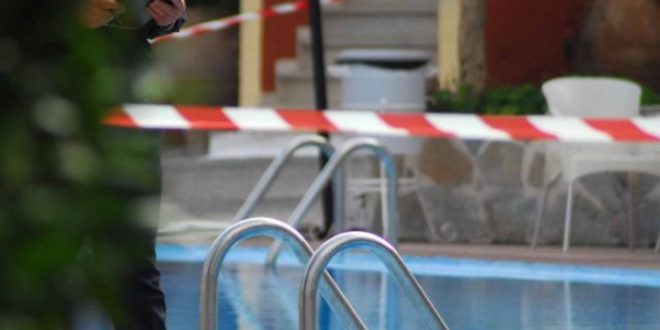 An unprecedented tragedy took place on the island of Rhodes: Two teenager sisters from France were drowned in the swimming pool of the hotel where they were spending their summer vacations with their family.

The two French girls, aged 16 and 19, were found dead in the swimming pool short before 6:30 on Wednesday afternoon.

Initially one of the girls was spotted floating in the pool, an ambulance was called and transferred her to the hospital. But any help was too late.

The body of the second girl was discovered at the bottom of the pool short time later.

At the time of the tragedy, there was no life guard at the swimming pool as his shift had ended at 6 o’ clock and the pool was ‘officially closed.

The hotel owner and the life guard were detained.

According to initial information by local media, the two French tourists had had a meal right before they went to the pool.

Security cameras showed that the family had a lunch at 2:30-3:00 pm and that the girls had more snacks from the hotel buffet after 5 o’ clock.

According to local media rodiaki, the parents told police that the neither of the girls know swimming.

It is suggested that the girls panicked when their feet would not touch the pool bottom and that the one tried to rescue the other.

The hotel has three swimming pools that operate legal and according to safety standards, state broadcaster ERT TV reported.

The owner of the all inclusive hotel and the life guard are expected to be taken to prosecutor later today, who will decided whether charges will be pressed.

The family from Paris arrived to Rhodes last Sunday. Two more children of the family, an older sister and a 10-year-old, were also in the hotel.

See also: Three drownings on a single day raise questions about hotel pools safery
Police continues investigation, an autopsy is expected to shed light into the exact cause of the two girls’ deaths.