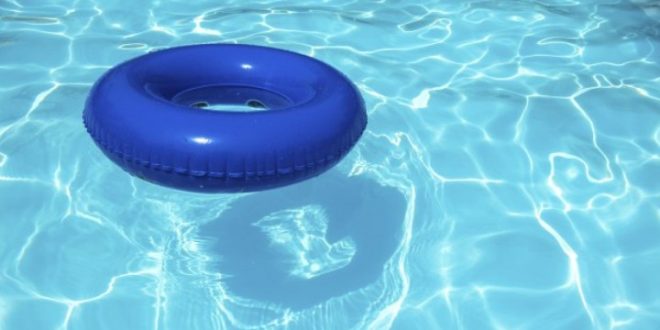 In two separate incidents, three youngsters drowned in swimming pools of hotels on the islands of Rhodes and Crete on a single day. An 8-year-old child drowned in the swimming pool of a hotel in Hersonissos on the island of Crete on Wednesday afternoon, the same day where two teenager sisters from France found tragic death on Rhodes.

The 8-year-old girl from Israel on vacations with her family was found floating face down in the pool. She was wearing a children snorkel.

The girl was seeing diving in the children pool that had a depth of just 0.60 meters.

According to local media, the girl was in the pool area together with two siblings while the parents were also present. While the girl was snorkeling, she became unconscious and drowned.

The girl was in critical condition during her trasnfer to the University Hospital in Herakleio but despite doctors’ effort she didn’t make it.

The forensic report confirmed “death by drowning”, however, the parents did not want an autopsy.

Police arrested a Russian and a Georgian nationals, who were responsible for the hotel, at the time of the incident. The two women were to be charged for negligent homicide. Police investigates whether they were in the hotel facility at the time of the incident and moreover whether they called for the ambulance in time.The hotel owners had not testified to police yet.

The incident took place on Wednesday, on the same day where two French sister, aged 16 and 19, were drowned in a hotel swimming pool on the island of Rhodes.

The three tragic deaths in hotel pools on a single day alerted authorities but also the tourism industry, who raise questions about the safety of pool swimmers.

No lifeguard was present in the pool area in both incidents that occurred, state broadcaster ERT TV reported on Friday, as the shift had ended.

How safe are swimming pools?

Speaking to state news agency amna, the president of the Hoteliers Association of Herakleio, Nikos Halkiadakis, said that safety conditions inside the hotels must be respected.

Stressing that the presence of lifeguards “reduce the risk of drowning”

Halkiadakis as well as lifeguards trainer Manolis Makridakis assured to local media cretalive that “all hotels on Crete are taking all the necessary measures to ensure bathers’ protection.” But they also pointed out to individual responsibility especially when dealing with vulnerable groups such as children and the elderly.

Both stressed that “hotel pools are secure, parents must pay attention to their children.”

“There are hotels with 300 and 400 children. We cannot run behind every child,” Halkiadakis said raising the need of parents looking after their children.”

The incidents on Crete and Rhodes took place after 6 o’ clock in the afternoon, while the normal lifeguards shift is from 10 am until 6 pm.

“There is a legislative framework that says that by the time the lifeguard’s shift ends, that area should be covered with a net, a railing, etc. I think these hotels would have taken their measures or assign staff to watch over the area,” Makridakis said.

The point is, of course, whether the hotels keep this measure to isolate the swimming pool area.

They also stressed the need for signs about pool safety measures in multiple languages.

“No hotelier wants to have such an incident and a loss of human life,” he said adding that many hotels train their staff for first aid courses.

Spyros Mitritsakis, president of the Greek Lifeguards, blamed the state for the increase of deaths by drowning.

Pointing out at a change of the law in 2018, Mitritsakis said “we have formally denounced that it is a tragic mistake for lifeguards to work until 5-6 pm [at hotel pools and beaches] and this is the main reason that deaths have increased over the past two years.”

“In 2018 we had 417 drownings, for the first time exceeded 400 in our country. This is a record number ”, he stressed.continued the president of the Greek Lifeguards and concluded:

PS Sadly, it needed the death of three youngsters on a single day for a pubic debate on the issue to start.