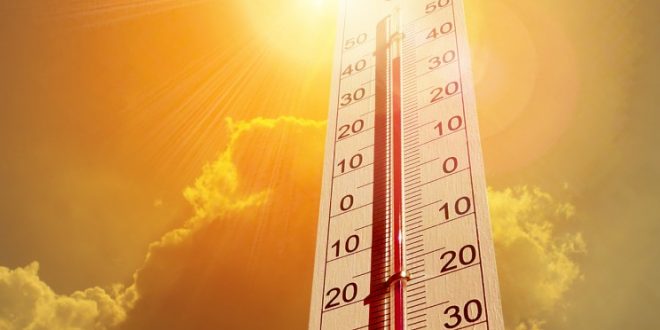 Prolonged Heatwave strikes Greece with temperatures up to 40° Celsius

August 9, 2019 weather Comments Off on Prolonged Heatwave strikes Greece with temperatures up to 40° Celsius 6,924 Views

A prolonged heatwave is forecast from Friday, August 9, until the end of next week with the heat wave to bring temperatures above 40° Celsius locally. Greece’s National Meteorological Service EMY has issued a warning about the heat wave as well as about the very high risk of forest fires due to expected winds reaching an intensity of up to 7-8 Beaufort.

Affected by the heatwave soaring temperatures on Friday are the following regions in Central and West mainland: 39-40° C in Larissa and Agrinio, 37-38°C in Patras. 36-37°C Athens and Lesvos. Temperatures on the islands of the Ionian Sea are expected to reach 37° C. 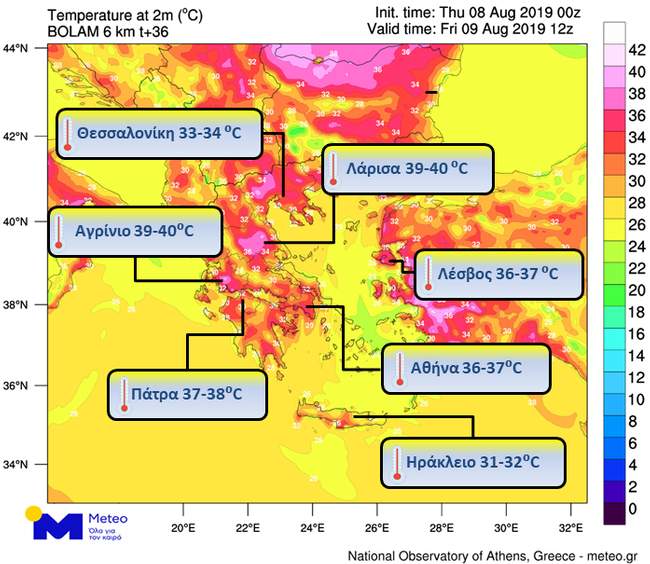 Over the weekend, August 10-11, 2019, temperature will drop by 2-4 degrees Celsius in East Sterea, Evia, East Peloponnese, Cyclades and North Crete, as north winds in the Aegean Sea will blow with intensity up to 7 Beaufort on Saturday and up to 8 B on Sunday.

However, in the rest of Greece temperatures will remain very high over the weekend as the heatwave will continue.

According to EMY forecast, temperature will reach locally 39-40° C in Central Macedonia, Epirus, Thessaly, West Sterea and West Peloponnese. Up to 38° C on the islands of the Ionian Sea, the East Aegean Sea and the Dodecanese.

Maximum temperature in Athens: 36 C on Saturday, and 35C on Sunday.

Thessaloniki: 38C on Saturday and 36C on Sunday.

According to current available data, high temperatures will prevail also in the first days of next week mainly in West, Central and North Greece, EMY notes in its weather warning report. 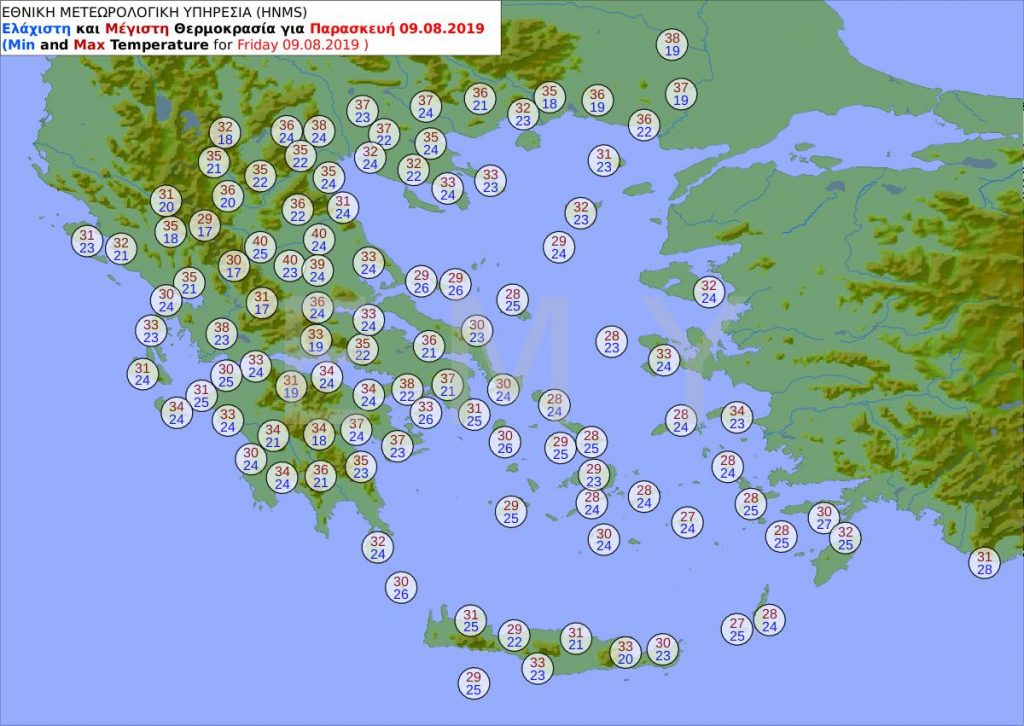 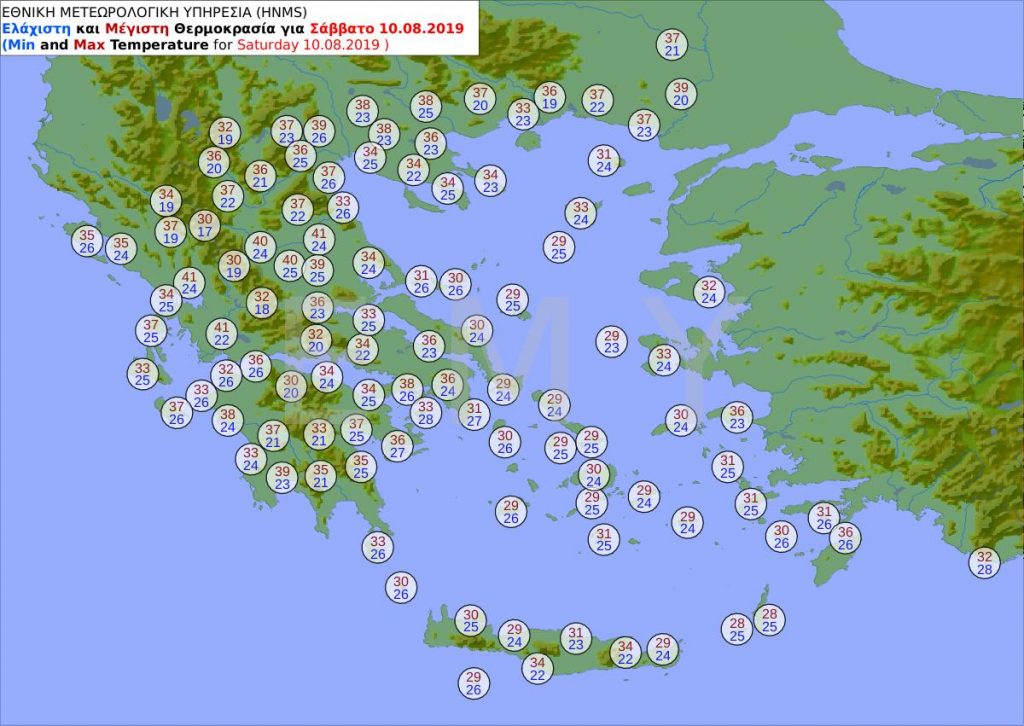 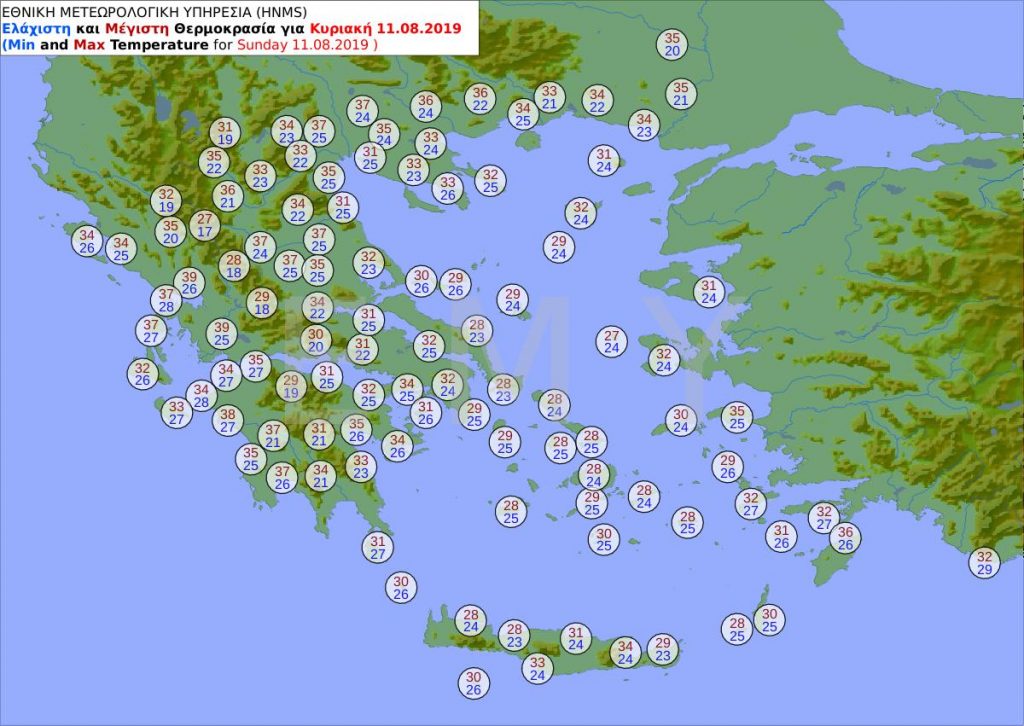 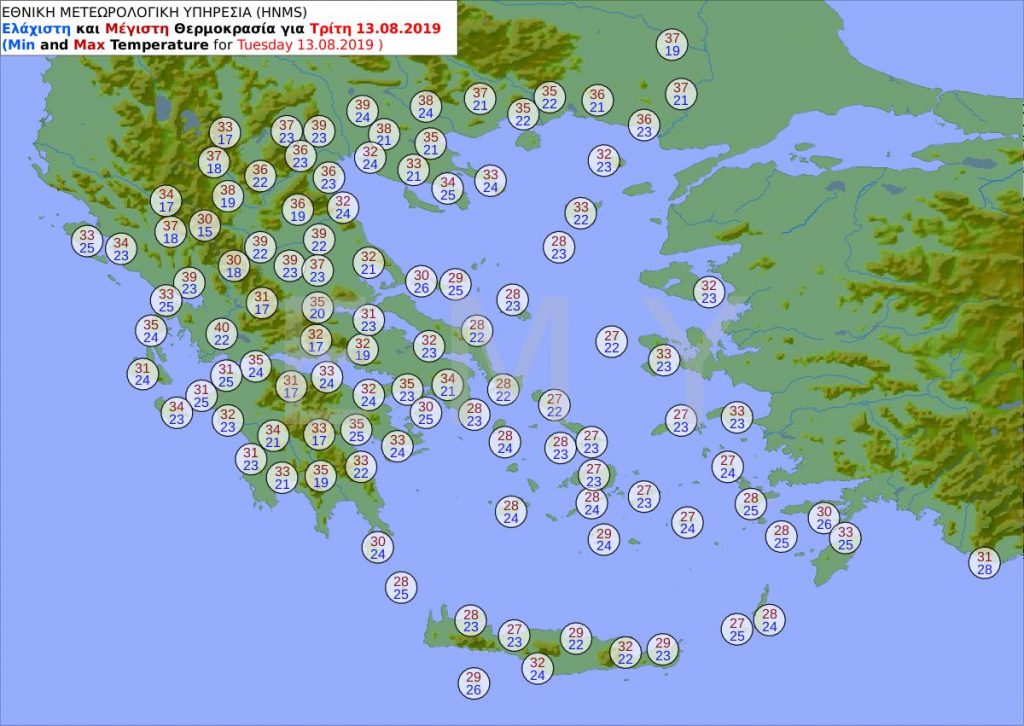 Due to hot and dry weather conditions, the risk for forest fires is considered as very high. 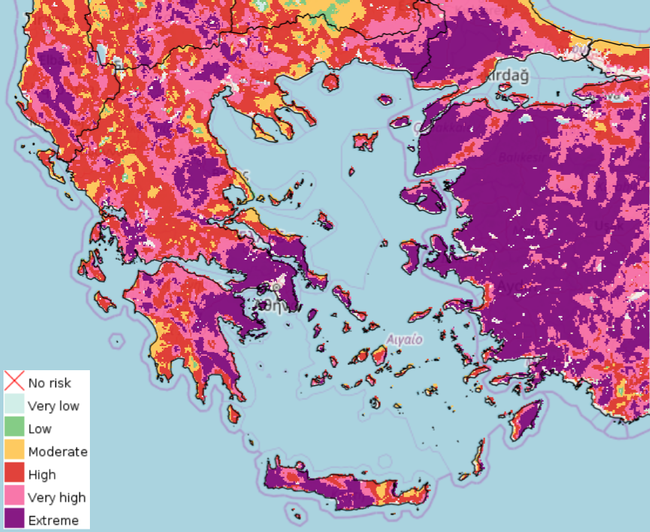 It is worth noting that due to the north winds (meltemi) that will set in the Aegean Sea as of Saturday, there may be minor problems in the ferry services. Contact local port authorities and travel agents. 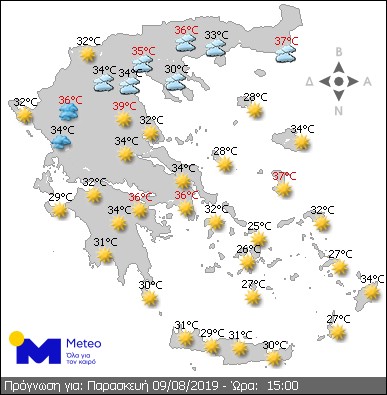 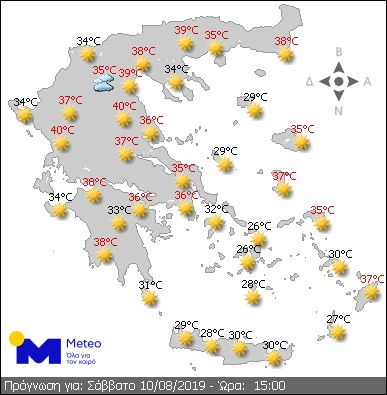 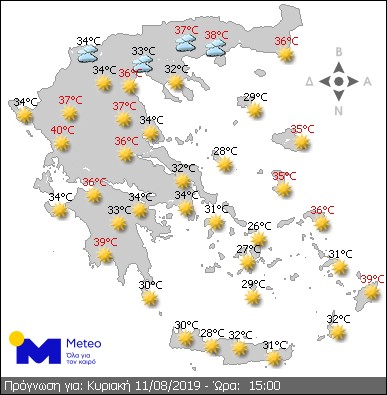 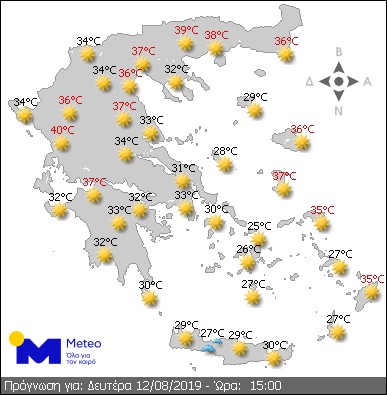 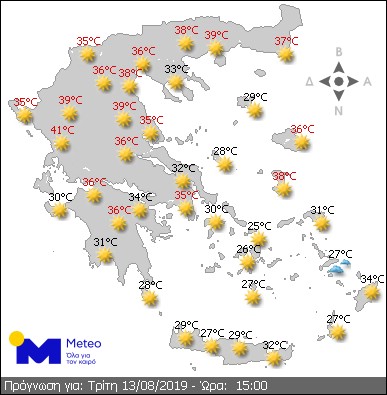 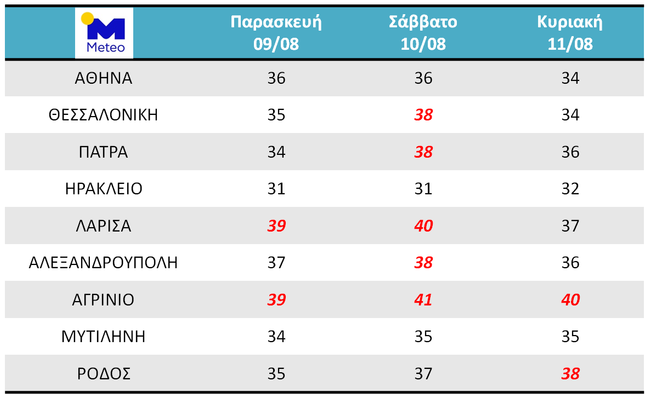 with info from meteo.gr

PS And we don;t forget to put a bowl of fresh water for the strays 🙂