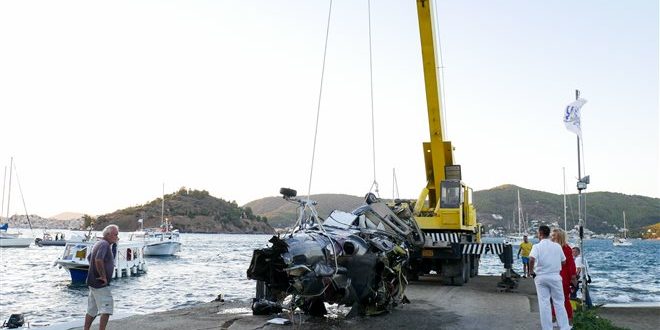 The Greek Civil Aviation has prohibited helicopter take-off and landing from the make-shift helipad in Galatas after the crash last week.

The Civil Aviation has issued a 3-month NOTAM – flight alert – due to the investigations on the exact causes of the crash that cost the lives of the Greek pilot and two Russian passengers. According to media and eyewitnesses, the helicopter was entangled in power wires just seconds after taking off and crashed into the sea between Galatas and the island of Poros in the Saronic Gulf.

Excluded from the ban are state flights of the Greek Armed Forces and the Ambulance Service.

While the Air Accidents Investigation Committee continues its work, the Greek Electricity Distribution Network Operator (DEDDHE) has restored the damaged power wires near the Galatas helipad.

However, the mayor of Poros denounced that the cables were installed 22 meters lower than they should be thus “increasing the danger for helicopters and yachts with high masts.

DEDDHE said to bring a special device to stretch the wires.

Friday afternoon the government requested the resignations of the board of directors of DEDDHE. The grid operator had reportedly been warned over the danger of the power wires already a year ago.

Experts had requested that the wires are either moved underground or marked with panels so that they are good visible by pilots.

The Energy and Environment Ministry is to send the case to prosecutor.