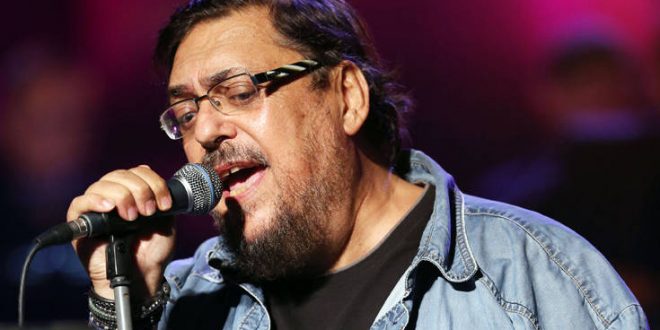 His songs marked a whole generation of Greeks. Rock musician, song-writer and composer Lavrentis Machairitsas passed away at the age of 63 on Monday morning, following a heart attack.

His voice and songs marked an entire generation of Greeks, he left his stamp on the Greek music scene with songs that will sustain his legend for years. Among his famous songs are “How I Want You”, “Dust”, “A Turk in Paris”, “Little Titanic”, “There In The South”, “Eyes Without Reason”, “See What You Feel For Next”, “Throw Red In The Night”, “In Style Not Forgetting.”

His most famous song, though, is “Didymotiho Blues”, a song inspired from the time he served as a conscript at the Greek Army and thus in the then remote area of by Evros near the Greek-Turkish borders in the North-East.

In the 1970’s when Machairitsas served in the military, Evros was one of the regions for “unfavorable displacement” for political reasons. Machairitsas was called to the Greek Army in 1977 and lived experiences that change his life. He wrote the song in 1991.

Didymotiho Blues is a biographical song related to his personal experience during his military service. He told the story to Johan Bach Spyropoulos who then wrote the lyrics in a matter of hours.

he started his music career with his band The Termites in 1980. At some time the band dissolved and he started his solo career as composer, song-writer and performer in 1989.

Lavrentis was in his summer hours in Volos, also his birthplace, together with his daughter when he suffered a heart attack in the early morning hours of Monday. When the ambulance arrived reportedly 40 minutes later, the beloved song-maker had already passed away. He was transferred to the hospital but doctors’ efforts were in vain.

The song-maker has undergone a bypass surgery while he was in his 40’s.

Video: I Die For You even if you’re Fraud

Together with another Greek rock musician Nikos Portokaloglou, Machairitsas was scheduled to give a big concert at the antique theater of Herodion for a children charity on Tuesday. The concert is cancelled.

Video: And what do I ask for?

“What do I ask for? A chance to go to Paradise.”

Lavrentis Machairitsas is now in Paradise but he is terribly missed on Earth.