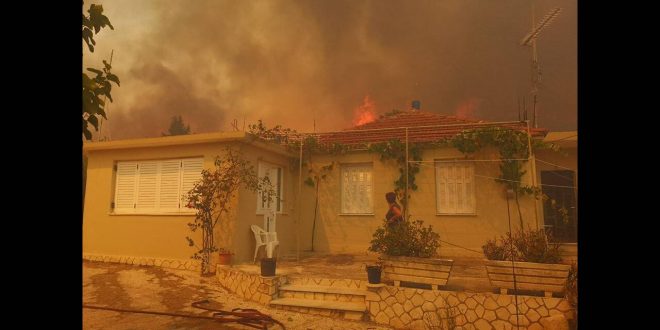 Dramatic moments on the island of Zakynthos: Authorities ordered the evacuation of houses and hotel facilities in the villages of Keri and Agala in the south-west of the island in the Ionian Sea.

The fire broke out in Agalas village on Sunday morning and by 2:30 in the afternoon it had reached the village Keri. 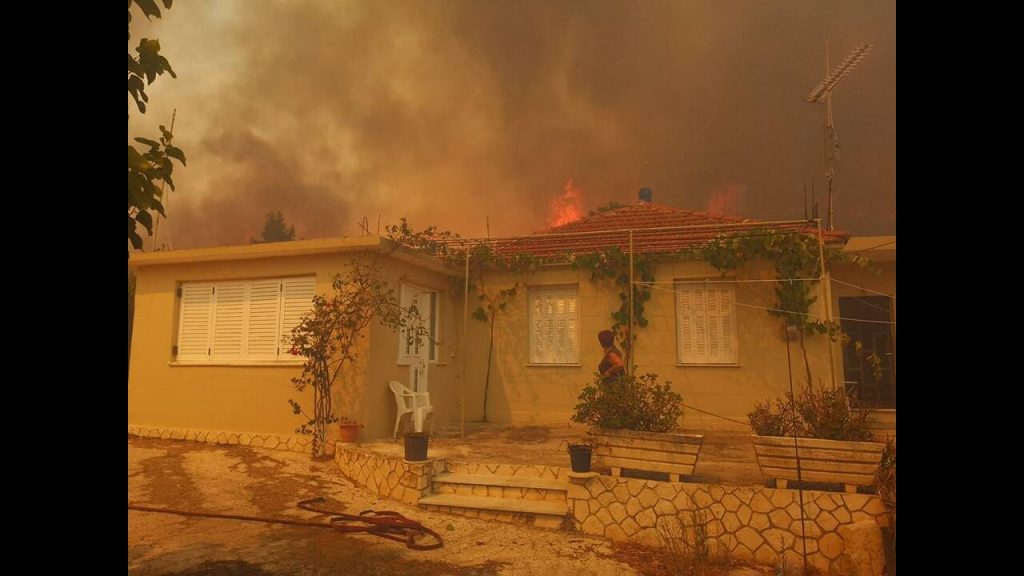 Next to locals, evacuated have been also 120 customers of a hotel facility in the area. They were reportedly transferred to another hotel in the area of Kalamaki. 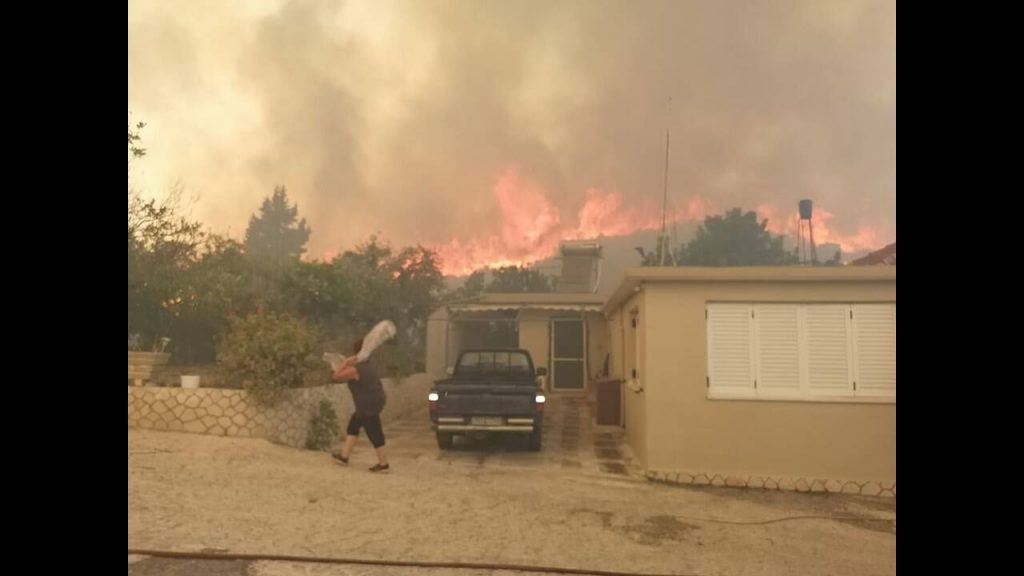 Locals are watching helpless how quickly the fire is spread due to the strong winds blowing with intensity up to 5-6 Beaufort.

Police has closed the road entrances to the villages and calls on them to leave the area.

According to local media ermisnews.gr, some residents of Keri, especially the elderly, refuse to leave their homes and be transferred with public buses in safe areas. 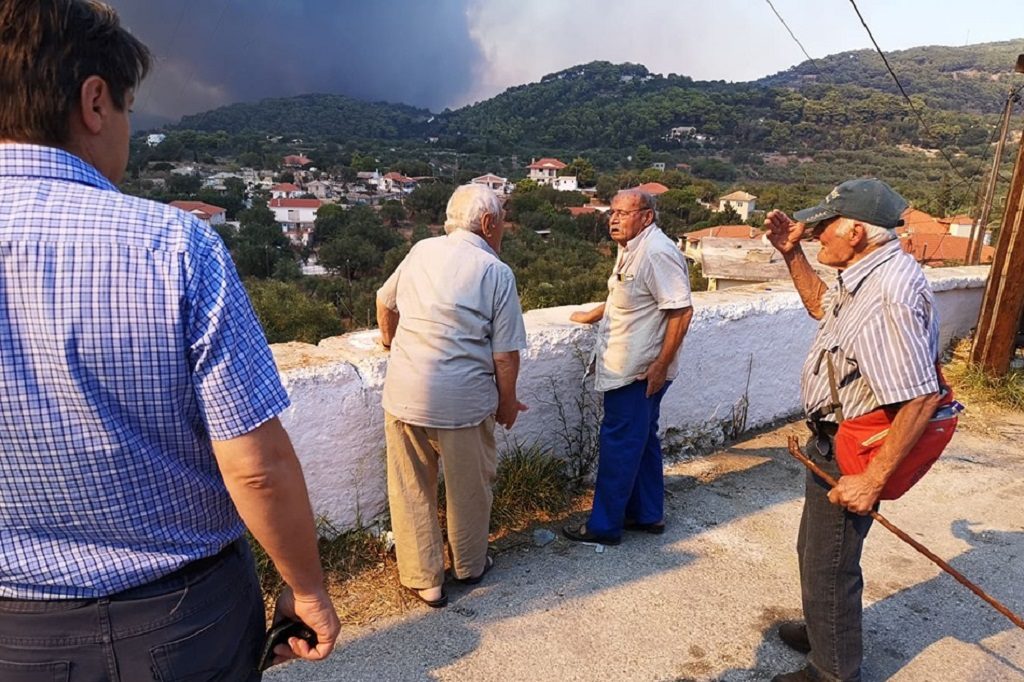 All firefighters available on the island have been deployed to the area. among the fire extinguishing efforts, they are also create anti-fire zones. 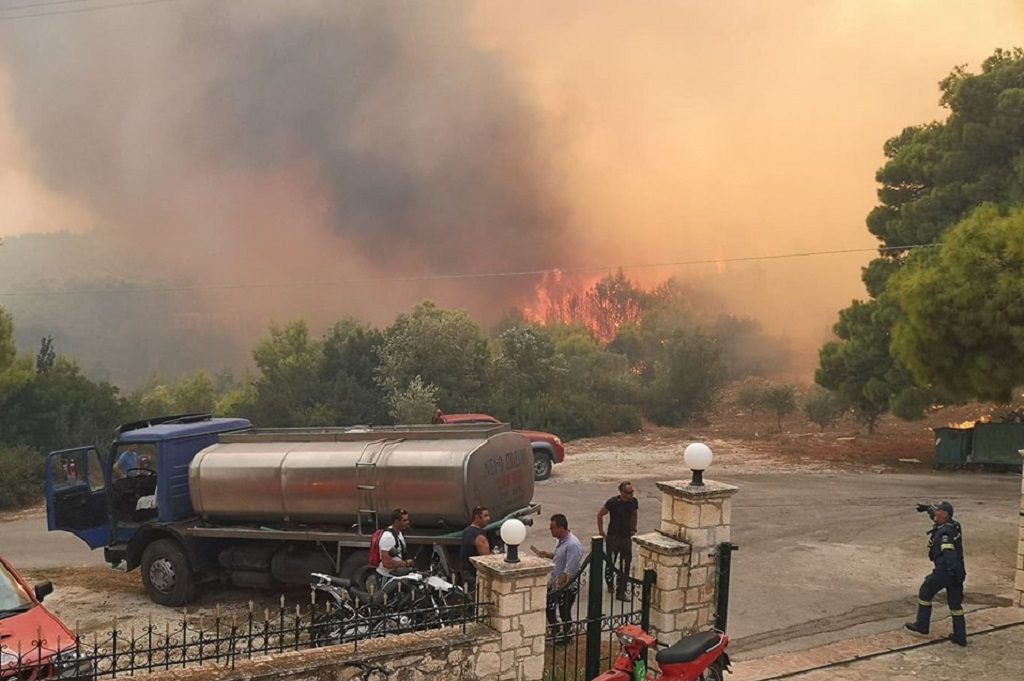 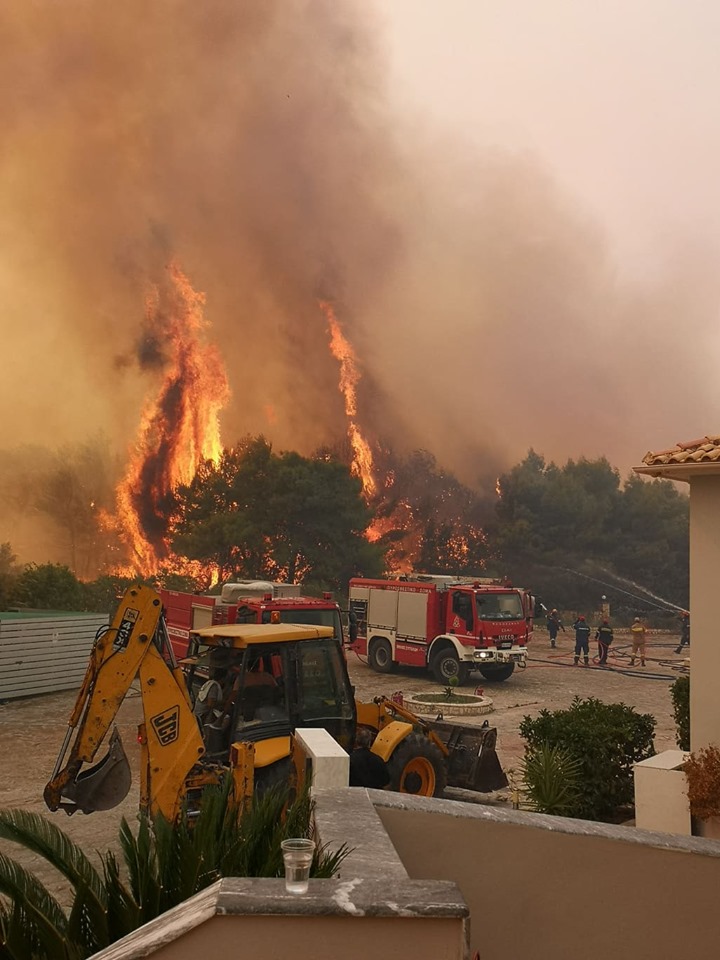 The fire has been split into three fronts that are raging in Keri, Agalas and Lithakia.

According to the Greek Fire Service, 37 firefighters and one hiker team with 15 fire trucks are currently operating assisted by nine aerial means.

Zakynthos media Ermisnews.gr reports that also a house near the hotel in Keri burned down. Its residents had abandoned it following evacuation instructions by the local authorities.

It is not the first time that the area of Agalas falls victim to wild fires. In 2017 the flames burned down thousands of acres of forest.

After the fire in Loutraki in the Gulf of Corinth, the blaze on Zakynthos It is the second big one raging in Greece on Sunday.

KTG is following the developments and will add updates as soon as they come in.