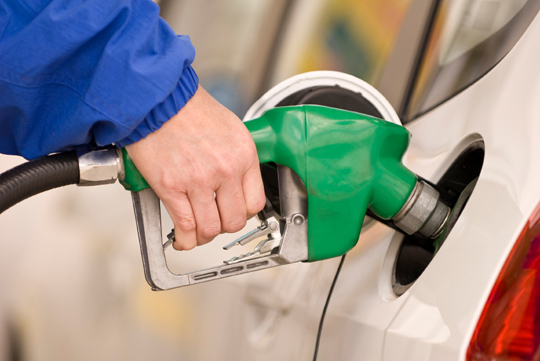 Oil prices remained stable on Tuesday, despite increases in world market and refinery prices.
According to the Greek Development Ministry, the average price of unleaded petrol was at 1.592 euros per liter, compared with 1.589 euros on Monday. However, petrol stations in Thessaloniki announced price increases in fuel as of next week, with the Development Ministry to make clear that such hikes are not justified.

“Petrol stations cannot absorb the increases,” said Themis Kourtzis, president of the Petrol Fueling Association in the second biggest city in the country.

It is estimated that as of 23. Sept 2019, motorists in Thessaloniki will have to pay an additional 5 cent per liter.

Kourtzis said that the attacks on the oil facilities in Saudi Arabia, have made the international fuel markets nervous, also in Greece. He added that “refinery price increases have not reached the petrol stations yet” and “with some delay eventually these increases will be passed to the consumers.”

“Refinery prices which are based on the average of international prices in the previous five days were up by an extra 1.0 cent, raising the overall increase in the base market price, cumulatively in the last days, to about 2.0 cents, noted state-run news agency amna adding “the fall in international crude prices relieves price pressures on the Greek market, however, and the fluctuation of retail prices has, in any case, remained within normal levels.”

Kourtzis reiterated the constant demand of fuel traders that the government has to reduce the extra consumption levy on fuel and other energy products.

“In view of the start of the heating oil supply as October 15, the government must finally take seriously the proposals of the gas station operators to reduce the extra levy, which currently stands at 700 euro/cubic meter for gasoline plus Value Added Tax, at 410 euro/cubm for diesel plus VAT and 280 euro/cubm plus VAT for heating oil, Kourtzis said.

“Only with the reduction of the above taxes will the price of fuel drop over time and for all consumers,” he added.

Minister of Development and Investment, Adonis Georgiadis, strongly reacted to the possible price hikes in gasoline.

“There is no excuse for an increase in the price of gasoline,” he said in an interview with private ANT! TV on Tuesday morning.

He said that the ministry coordinates the control mechanism adding that they have set up checkpoints on the streets and we would not allow anyone to rob citizens.”

He threatened that “anyone who’s thinking about increasing gasoline will have to do with us.”