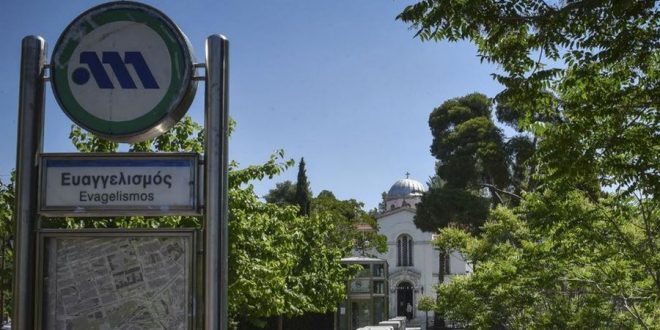 The management of the Attiko Metro in Athens has decided to rename two metro stations. Line 3 station <Evaggelismos> will be renamed into <Pavlos Bakoyannis> and Line 2 station <Agios Dimitrios> into <Alekos Panagoulis>.

The two metro station will no longer have a geographical specification but a reference to two politicians from the right- and the left-wing who were murdered in the nearby areas.

Pavlos Bakoyannis, a New Democracy MP and journalist, was shot and killed in the front entrance of his office in Kolonaki on 30. September 1989 by members of the terrorist organization 17 November (17N). He was well known for his broadcasts against the Greek military junta of 1967–1974. He is the father of the new Mayor of Athens, Costas Bakoyannis, son of ND MP Dora Bakoyannis and nephew of prime minister Kyriakos Mitsotakis.

Alexandros (Alekos) Panagoulis was a left-wing politician and poet, a resistance fighter against the colonels’ junta. He became famous for his attempt to assassinate dictator Georgios Papadopoulos on 13 August 1968. He was killed in a car accident on May 1, 1976. A frantically speeding car with a Corinthian named Stefas behind the wheel diverted Panagoulis’ car and forced it to crash. Panagoulis died on the spot.

“The main objective and aim of Attiko Metro SA is to rename the stations as a permanent reminder of the values ​​of Democracy, Freedom and National Reconciliation,” said the company in a statement.

The new president of Attiko Metro SA, the ND member Nikos Tahiaos a failed Mayor candidate in Thessaloniki municipality elections in May 2019, said further in the statement “in a few days 30 years have passed since the assassination of Paul Bakoyannis, the Attiko Metro SA. decided to pay tribute, by attributing the name of the deceased to the station “Evaggelismos.”

“The modern approach to city organization requires the Athens Metro to be part of its history and life. Already, the incorporation of archaeological findings in station architecture is a very important step in this direction. The name of the stations can also contribute to the passenger’s educational journey through time and history,” the Attiko Matro said in the statement among others.

The decision 20 years after the Metro launched in Athens has triggered strong reactions on social media, with many to disapprove the decision with the main argument that the metro stations have no longer a geographical specification.

“The issue it is about the Athens Metro and not the Metro of the Athenians,” notes daily efimerida ton syntakton. “The Athens subway is used by people coming to the capital to visit one of the country’s largest hospitals, the “Evangelismos”. And to get there lets’ say from the airport “El. Venizelos’ they use the metro and disembark at Evangelismos Station. When people want to enjoy the Camerata at the Concert Hall in the evening, they disembark at the station <Megaron Mousikis>. And when they want to visit the Acropolis Museum, get on the subway and get off at the <Acropolis> station.”

Some ask “why not rename Metro stations with the names of other victims of 17 November.”

As many metro stations have names of Saints and the nearby churches, some see a “de-christianization” of Athens.

Others see a “politicization” of the Metro, or ask “why to rename the stations in downtown Athens and not give the said names to the new metro stations.”

And the usual mean Greeks claim that the Mitsotakis/Bakoyannis family wanted to honor Bakoyannis and had to honor also Panagoulis for the sake of “ideological balance.”

The rename of Evaggelismos station has been cancelled.

In contrast, Metro President, Nikos Tahiaos, issued his own statement saying that he was in constant communication with the family that was also to cover the expenses for the event.

Worth noting that <Agios Dimitrios>  station has a double name <Alekos Panagoulis.” It is just that nobody uses it. 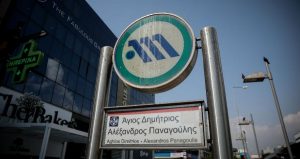 So what was the purpose of an inauguration for the “renaming” of <Agios Dimitrios> station? Apparently the famous “ideological balance.”

PS Is it all Greek to you? Rightly, so.