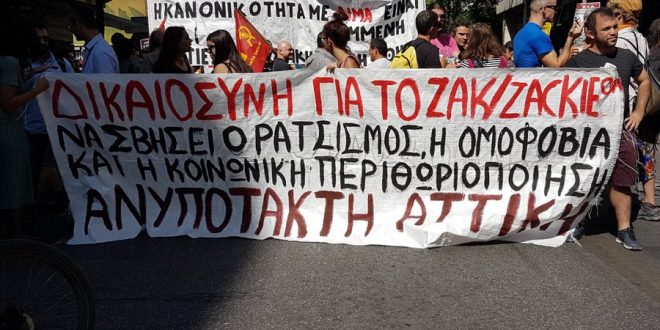 Demanding justice for Zak Kostopoulos hundreds of people gathered in downtown Athens at the spot where the activist was killed a year ago. In front of the jewelry shop where Kostopoulos was killed, the protesters carried out actions with sprays and banners. 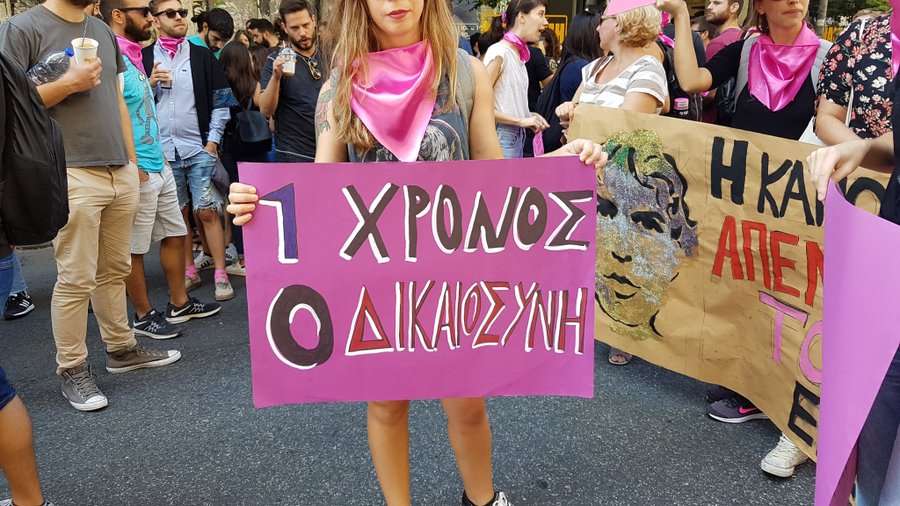 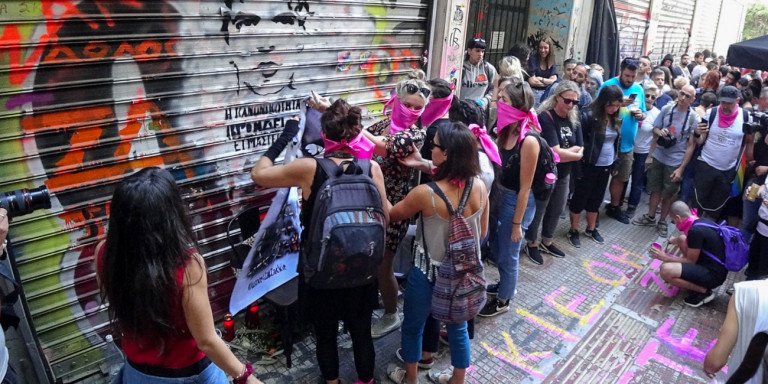 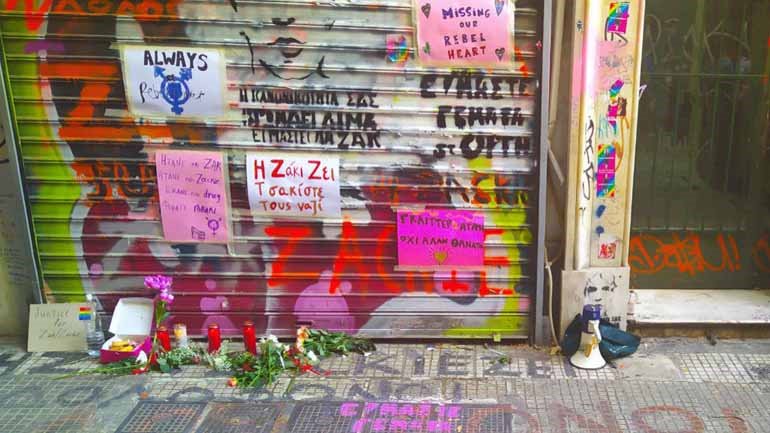 Friends, activists, members of the LGBT community and citizens marched with placards and chanting slogans, demanding justice for the brutal murder.

Amnesty International has called on the signature of the appeal to the Ministries of Justice and Citizens’ Protection. 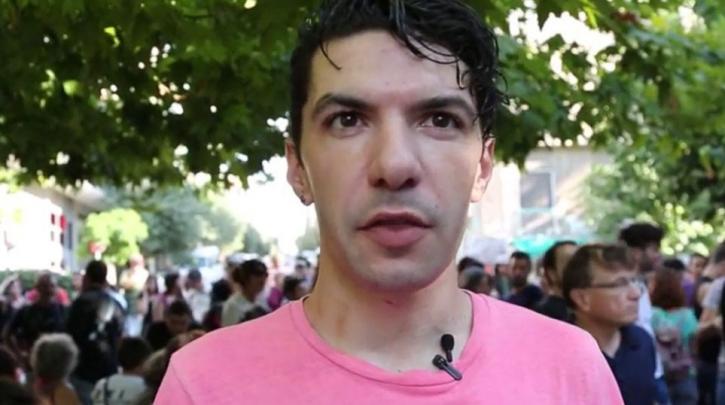 33-year-old Zak Kostopoulos was brutal beaten by a jeweler and a second man, a real estate agent, when he entered the jewelry shop near Omonia square in the center of Athens. 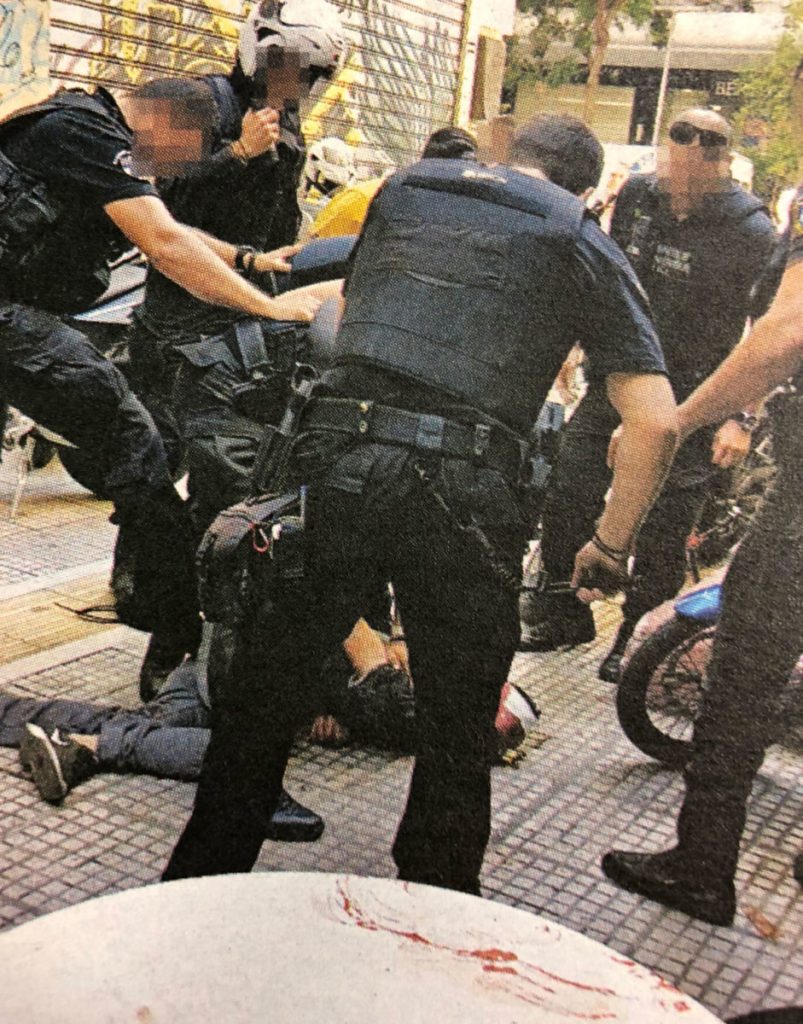 The heavily injured and handcuffed Zak was also brutally treated by police officers who had rushed to the spot. He died in the ambulance on the way to the hospital.

The autopsy report showed that Kostopoulos died of myocardial infarction caused by the fierce beating. Toxicologist tests showed that he had neither consumed alcohol nor drugs.

Before being identified as a well-known activist in Athens, Greek media had reported that a “drug addict had attempted to rob a jewelry shop.”

“I am double angry and frustrated,” the father said adding he will seek justice for his son in the European courts if necessary.

Kostopoulos family has filed lawsuits against the shop owner and the real estate agent for “murder on intent” and against the police officers for “manslaughter.”

Investigation procedure concluded 5 months ago, however, the trial date has not been set yet. Judicial authorities are reportedly still considering whether to take to trial the jeweler and five police officers.