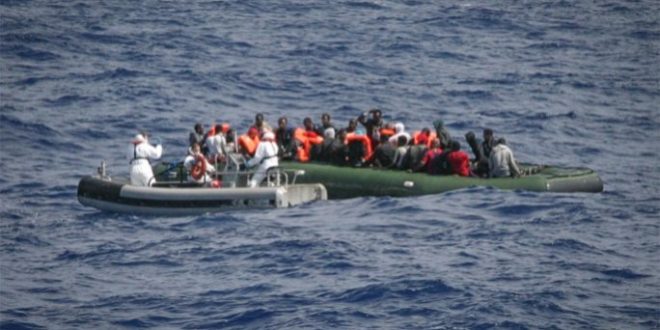 Refugees and migrants keep flocking to the islands of the Aegean Sea, with more than 800 people to have arrived in less than the last 48 hours. Several boats landed on the islands of Lesvos, Chios and Samos that already host must more people than they can afford.

A total of 360 people were registered from midnight Monday until 4 p.m. Tuesday at the Moria Reception and Identification Center in Lesvos.

62 of them had, inf fact, arrived on the island of Limnos and were transferred to Lesvos by a local boat.

In the same period, 109 people arrived at Chios and 16 on Samos.

According to the above data of the Police Directorate in the North Aegean, a total of 832 new asylum seekers were registered in the Identification and Registration Centers of the  three islands in less than 48 hours.

To appeals by the Greek government over the ongoing arrivals increase during the last few months,  the European Commission said that it has noted the increase in migrants arriving at the Greek islands in recent weeks.

“We’ve noted with concern the large number of arrivals reported in Lesvos over the past weeks, which is undoubtedly putting additional pressure on a system that is already under great strain, but we did underline that the arrivals over the summer remain just a fraction of what they were in the months [2015-2016] preceding the EU-Turkey Statement; there is still a decrease of 91% compared to that period,” Bertaud said.