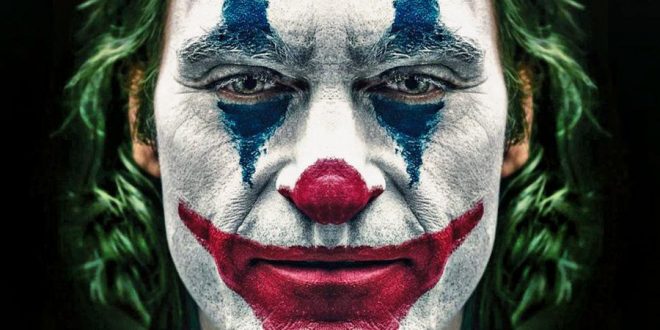 Police raids movies in Athens because minors were watching the Joker

Freaking unbelievable. Police raided a movie theater in down town Athens on Sunday, because minors under 18 were watching the Joker. Aim of the police operation was to remove the minors from the movie theater and also their parents  in case they were accompanied their youngsters.

According to eyewitnesses, there were at least ten police officers in uniform who raided cinema AELLO on Patision avenue in Kypseli district of Athens.

Eyewitnesses reported further that there was tension when the policemen were removing the juveniles, and some of them even busted into tears. The juveniles were reportedly below 15.

The police raid had reportedly followed the denouncement by some employees of the Greek Culture Ministry who were present in the cinema.

The news about the unprecedented action was initially spread on social media where it was reported that there were “20 armed police offers” sent to the movie theater.

The unbelievable incident was later confirmed by Greek Police.

The local police station confirmed to documentonews and daily efimerida ton syntakton the raid. However, police “tried to downplayed it saying that it was only two police officers who went to AELLO,” documentonews notes.

According to efsyn, police said they sent a car with two policemen, no detention took place.

Also officers from the Police Headquarters confirmed the incident to website lifo.gr. The officers said that the raid following the denouncement by the Culture Ministry employees.

According to the same sources, a police raid took place in a movie theater in the Mall of Maroussi on Saturday and the person in charge of the cinema was detained because of the presence of minors.

In both incidents “it was two different women who called the police,” a high-ranking officer told state news agency amna.

The women, who made the denouncement eponymous, were waiting for the police officers, lead them to the cinema hall and pointed at he minors. The policemen informed the juveniles’ parents to come and pick up their children.

“Those in charge were taken to police station,” state news agency reports, apparently referring to the raid in Maroussi.

The prosecutors in charge are still to decide whether to press charges and what kind of charges.

According to reports a total of 19 children were in the cinemas, four of them together with their parents.

The denouncement was based on a Law of 1937 that “strictly forbids the presence of minors in cinemas showing films not aiming at minors.”

The Culture Ministry issued a statement late on Sunday evening dismissing claims that it had instructed the police raid or its employees to conduct such controls. The statement added that the Ministry will investigate whether the denouncement was made by its employees. If this is confirmed, the Ministry said it will implement the Code of Conduct for public servants.

On Monday morning, Culture Minister, Lina Methodni, condemned the raids and confirmed that the two women were Ministry employees at the Department examining the inappropriateness of films. “Their role is purely advisory and their scrutiny right is limited to chech violations by movie theaters,” Medoni said.

“What happened is unreal,” she added.

So far, there has been no statement by the movie theater; the managing company is expected to issue one.

The incident triggered an outrage on Greek social media with majority of internet users to  sharply condemn the raid. Some spoke a “fascist” and aythoritarian state,”  of “Middle Ages” and some, from the older generations recalled the 1960’s where mini skirts were forbidden for school girls and boys had their hair shaved by police as punishment for naughty behavior.

Others recalled how they, as teenagers in the 1970’s, sneaked in the movie theaters to watch softcore films like “Emmanuelle.”

“We thank the police and the sate that protect our children from such evil films like the Joker that touch deeply the human soul. Now we can sleep in peace.”

Many said that “police better combat criminality in Athens than chase 15-year-olds in cinemas.”

The story is getting crazy by every statement and revelation.

– In a press conference on Monday, the Culture Minister insisted that she had no idea and that the two employees acted deliberately. The Minister said that the complaint came by a competitor of a films distributing company.

– The two women told media that they received complaints by parents and that they asked and received the verbal approval by a superior.

– The owner of AELLO cinema said that initially a police motorcycle with two policemen arrived and soon dozens of policemen were outside the cinema.

– Daily ethnos revealed that there was a circular issued by the Culture Ministry on Oct 1, drawing attention to cinema owners about the Joker, urging them to not allow minors.

PS Are we now Iran or what? It seems that some arch-conservative folks haven’t realized yet that in times on internet even an 8-year-old can download any film he wants to watch and he doesn’t need to go to the movies.

Or are this the fruits of the new government that urges citizens to denounce to police whatever bugs them like smoking where there shouldn’t be, for example.